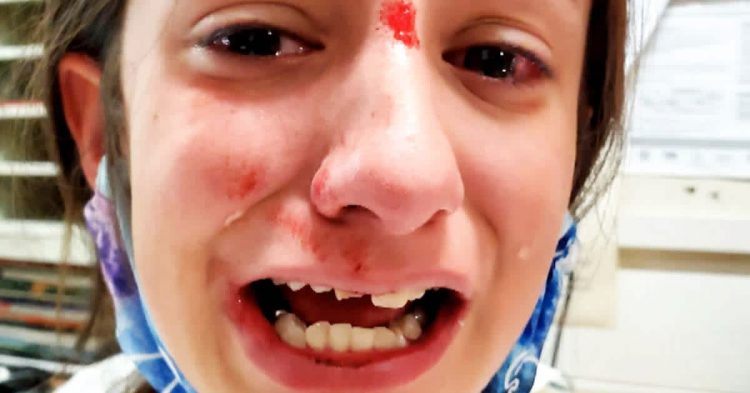 Although she’s only a thirteen-year-old girl, Charlee Funes has dealt with a lot recently. The young teenager from Illinois was recently attacked by a bully who knocked her teeth out of her head. Now, Funes’s toothless smile has reminded thousands of Americans across the nation that there is still an epidemic of bullying in America that continues to plague children both in school and virtually while at home.

Funes explained that she endured bullying for months. Her attackers picked on her relentlessly and committed both physical and psychological abuses upon her every chance they could. She said that her bullies would call her names and pull her hair. The bully was so cruel to Funes that she began to suffer symptoms that were noticed by her parents at home. 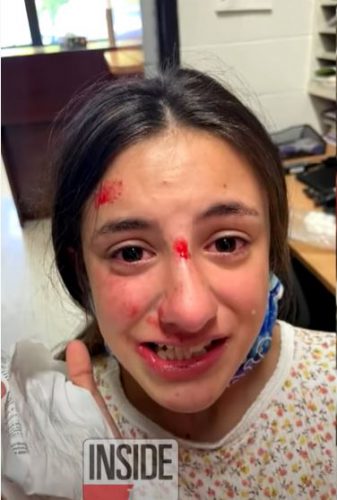 However, things came to a head when the bully took things much too far during a gym class. Instead of just playing along with the other children in the physical education class, the bully targeted Funes and “body slammed” her against the ground. The attack was so brutal and unexpected that Funes smashed her face and had one of her teeth knocked out of her head. Not only is her smile damaged by the bully, but Funes also suffered bruises and cuts across her face from the attack.

Unfortunately, Funes’s bully was clever. She managed to do all of her cruel deeds when teachers and school administrators were not looking. Because the bully was so clever, they were able to escalate the abuses over time until the final attack that left Funes’s missing half of her front tooth.

Now, Funes is finally taking a stand against her bully. An image of the middle schooler’s broken smile has been shared on the internet, where it soon went viral and sparked nationwide outrage. People from across the country were furious to see that some bully was allowed to attack this thirteen-year-old girl while at school. 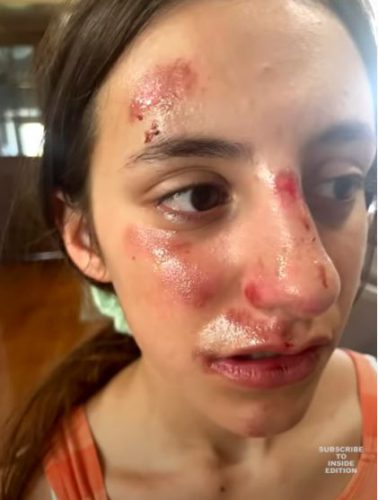 “At this point, this isn’t bullying. This is a crime.”

“They should show who the bully is. After doing that… they deserve for this to be public… kid or not.” 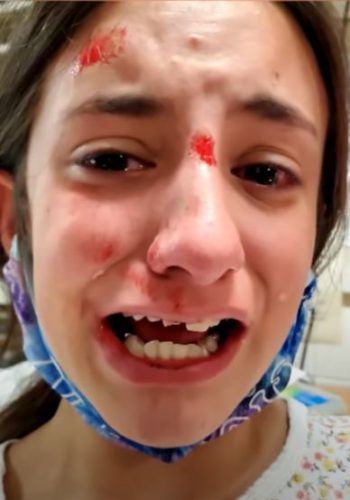 “I don’t understand why schools say they have a ‘strict’ no-bullying policy, and then when things like this happen, the bully just gets a slap on the wrist, and it let go.”

“A lot of schools don’t take bullying seriously but will immediately take action if the victim defends themselves.”

“The thing I hate the most is that teachers always say: don’t let bullies take advantage of you. But the second you fight back against the bullies, YOU’RE the attacker. You’re the one at fault.”

“Assault is assault. Don’t call the school. Instead, call the cops. School bullies and schools that don’t stop bullying could create school shooters in the future.”

What do you think should be done to the bully who attacked this student?