Vegans Are Outraged After Burger King Admits The Truth About The Impossible Whopper : AWM 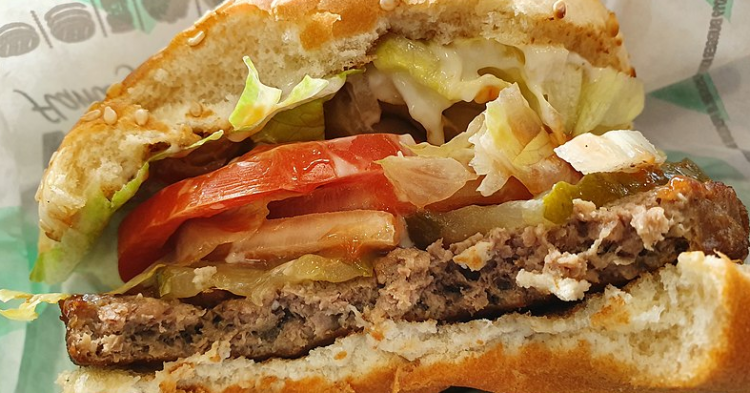 Although Burger King’s Impossible Whopper is made without meat, the fast-food company has never made any pretense that its product was categorized as vegan. Nevertheless, vegans are outraged now that they know for a fact that Burger King cooks the Impossible Whopper on the same grill as they do their meat burgers – which has led to a vegan customer filing a lawsuit against the burger joint for false advertising.

Burger King has shot back at the vegan’s complaint, claiming that they never pretended that the Impossible Whopper was vegan. Although the burger is plant-based and supposedly just as delicious as the regular Whopper, the company said that the customer’s lawsuit “has no basis” because they’re upset about something that Burger King never claimed in the first place. 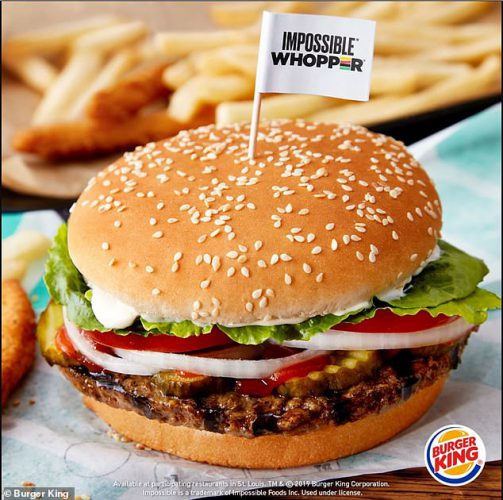 However, the vegan customer refuses to give up the fight. This diner said they went to Burger King in November and were “duped” into believing that the plant-based burger was a vegan option. That’s when they purchased the Impossible Whopper, which was listed at a premium price and ate the burger under the assumption that it was vegan.

Now the vegan customer hopes to win this lawsuit on behalf of all American consumers who mistakenly ordered the Impossible Whopper, thinking it qualified as a vegan alternative to the traditional Whopper.

The lawsuit was filed against Burger King on Tuesday. The vegan plaintiff, Phillip Williams, ordered the Impossible Whopper at an Atlanta drive-thru.

Burger King has shot back at Williams’s claim, saying that he should have asked how the Impossible Whopper was cooked if he adhered to a strict vegan diet. Williams claimed that the “vegan” food item that he purchased was “coated in meat by-product” after the Burger King employee handed it to him through the drive-thru window. 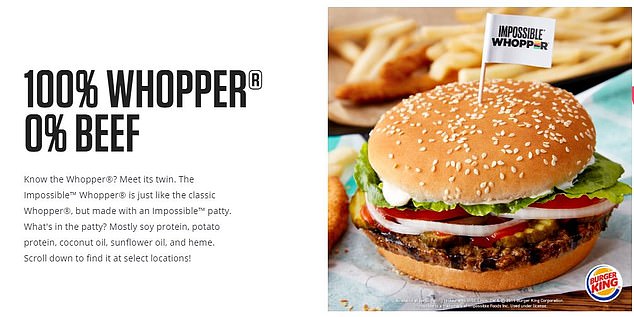 Burger King argued that reasonable customers, like those who adhere to strict vegan and vegetarian diets, would have asked how the burger was cooked before eating it. “The smallest amount of investigation” would have revealed that the Impossible Whopper was cooked in the same way as the regular burger, and that should have turned Williams and other people in a similar situation off from the new food item. Burger King also reveals the cooking method on its website and in media reports.

Nevertheless, Burger King said Williams “assumed that an Impossible Whopper would satisfy his own particularly strict form of veganism… solely because he asked a Burger King restaurant employee to ‘hold the mayo,’” Burger King said in a statement. “This claim has no basis.”

Williams filed his lawsuit in a Miami federal court and claimed in the November 18, 2019 lawsuit that Burger Kind “duped” him. He now seeks damages on behalf of all American consumers who bought the Impossible Whopper since the item was launched back on August 8, 2019.

Williams believes that Burger King is advertising the Impossible Whopper as a vegan alternative to their meat products despite it being cooked on the same grill. By cooking the burger on the same grill, the meat-free burger is contaminated with meat by-products.

“Burger King has no disclosures on its menu that would notify a consumer prior to the purchase of the Impossible Whopper that it was cooked in a manner that would result in meat by-products on the burger.”