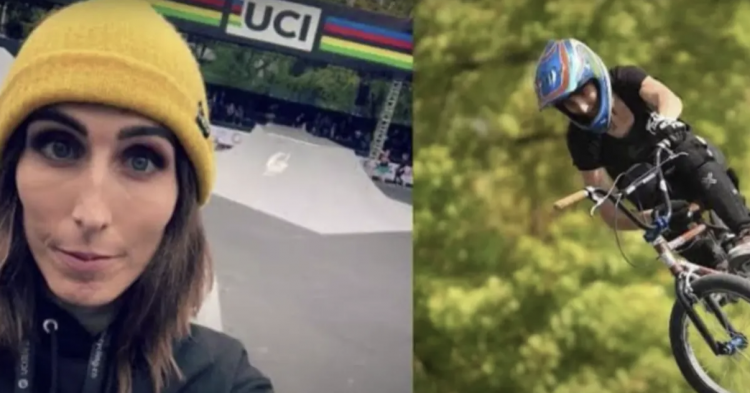 Before Chelsea Wolfe, a transgender woman athlete qualified as an alternate BMX Freestyle rider. She expressed her fury at that mistreatment of trans youth in America. However, her Facebook post from March 25, 2020, expressed rage at how trans children were being treated in the final year of the Trump presidency as America raged against the new threat of the coronavirus pandemic – but her inflammatory social media post has since been deleted.

The shocking message was written shortly after American went into lockdown because of the spreading virus that threatened American freedom. She explained that she wanted nothing more than to win a medal at the 2020 Tokyo Olympic Games so she could make a statement. 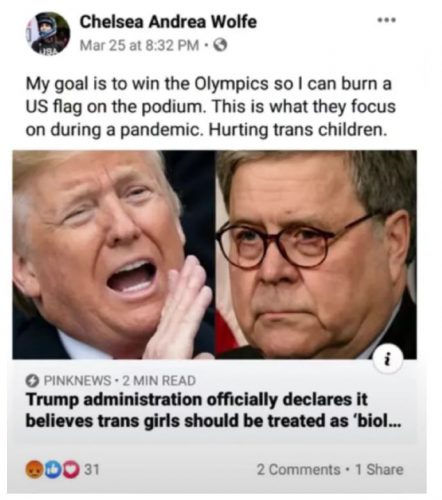 “My goal is to win the Olympics, so I can burn a US flag on the podium. This is what they focus on during a pandemic. Hurting trans children.”

The incendiary post was the athlete’s response to a news story about how Donald Trump was taking a negative stance on transgender athletes. She has since deleted the post.

Wolfe is not guaranteed to compete in the Olympic games. She has to wait for another American athlete, either Hannah Roberts and Perris Benegas, to drop out before Wolfe would be able to compete for the Gold.

Fox News proudly reported that Wolfe is the second-ever transgender athlete to compete for the Gold in the Olympic Games. 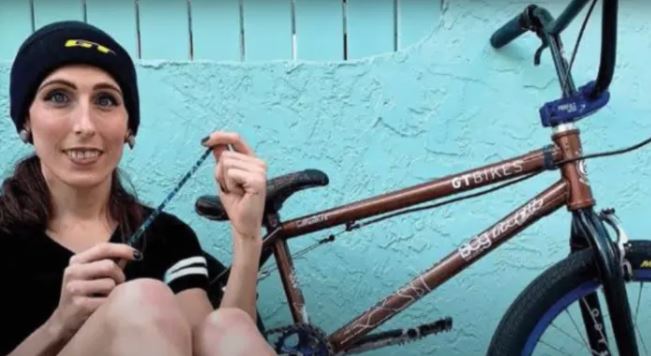 On June 12, she posted on Instagram: “I searched for so long trying to find out if there had ever been a professional trans BMX rider to show me that who I am would be okay, and unfortunately I found no one. Eventually, I started to meet some amazing women who helped me accept that I am a woman just like any other and that I deserve a place to exist in the world just like everyone else.”

Since 2016, the International Olympic Committee ruled that transgender athletes would be allowed to compete in the games so long as they met very strict requirements. For example, the IOC decided that transgender women who wanted to compete for the Gold had to have a testosterone level below the decided amount for at least a year before the competition.

Wolfe defended her post, claiming that she still loves America.

“Anyone who thinks that I don’t care about the United States is sorely mistaken. One of the reasons why I work so hard to represent the United States in international competition is to show the world that this country has morals and values, that it’s not all of the bad things that we’re known for,” she said. “I take a stand against fascism because I care about this country, and I’m not going to let it fall into the hands of fascists after so many people have fought and sacrificed to prevent fascism from taking hold abroad.”

She added: “As a citizen who wants to be proud of my home country, I’m sure as hell not going to let it take hold here.”

What do you think about this athlete’s statement about the American flag?