This Vet Freed This Chained Horse, Not Realizing He’s About To Get The Thank You Of A Lifetime 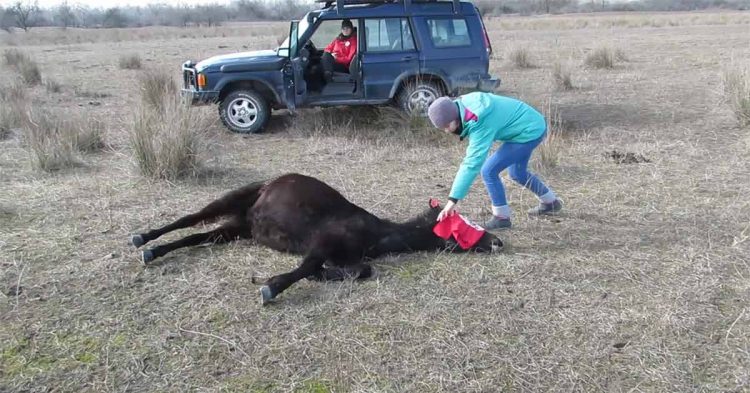 This case of animal cruelty is devastating, but thankfully, there is a happy ending. In Romania, wild horses are chained by their front or hind legs to keep them from running away. In the process, the animals suffer painful cuts and injuries. When a veterinarian with the organization Four Paws International stepped in to rescue the animals, he got a surprising thank you gesture.

A video showing the emotional moment when Ovidiu Rosu was able to approach the horse and build trust, before freeing him from his chains, went viral… but it was the horse’s response that was so moving. 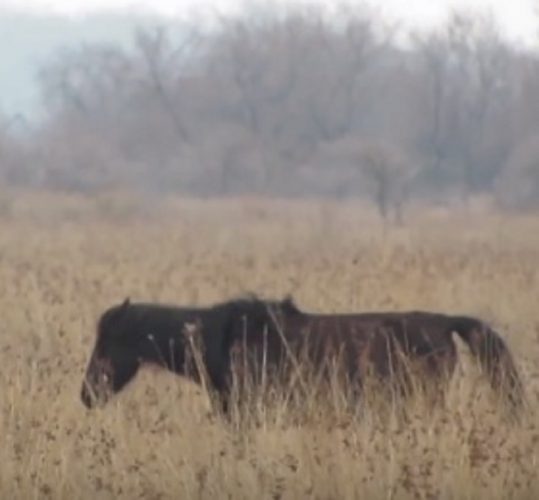 The horse was initially nervous, of course, but Rosu took his time and the effort was not lost on the grateful animal. Given their distrust of humans and poor condition, horses tried to run away, but once free, Rosu was approached by one of the horses, who seemed to thank him for being so kind. The horse is seen touching his nose to Rosu’s nose to show his gratitude and the moment is beautiful.

Thankfully, Four Paws International has been doing this animal rescue work for years. The video notes, sadly, that this is “a common practice in parts of Romania… to join the front or hind legs of horses with chains.” 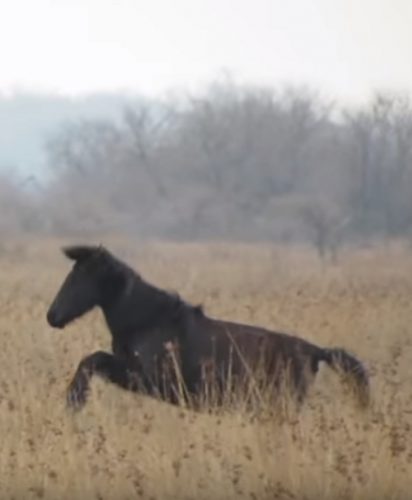 The site Animal Channel further explains the story behind these animals, noting: “These horses were first brought to Romania around 300 to 400 years ago by the Tatars. The Tatars left many horses behind, and they started roaming freely through the area. Many horses were also set free in 1989 after the agricultural cooperatives in the area broke apart. This led to a huge population boom — by 2010, there were as many as 1,500 horses living in the Danube Delta.” 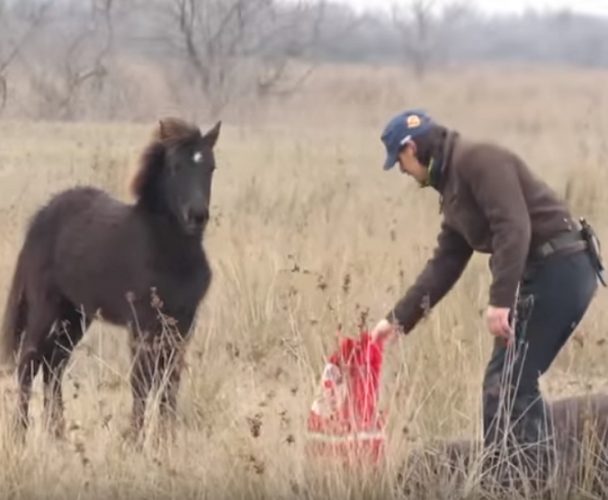 The site further explained how the horses came to the Letea Forest searching for food, including bark and plants and “Environmentalists and authorities in the area needed to control the horse population, so they decided to kill the horses.”

Four Paws International had assisted before the authorities took these drastic measures, looking to instead find other ways to control birth rates with contraceptives and keep the population manageable. Their efforts were successful, as a 2017 aerial census found there were less than 500 horses in the Letea Forest. 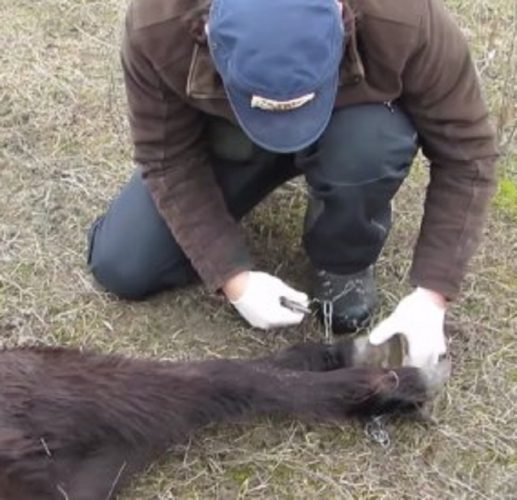 The organization also vaccinates the horses and provides alternative food supplies of alfalfa in the winter.

Among those who shared comments on the video on social media was one person who noted: “Sadly, this country treats their animals horribly. The shelters kill them in awful, sadistic ways. The number of animals, specifically packs of dog, that are homeless on the streets and rail thin is astounding. They were passing a decision when I was visiting to kill all the feral dogs… 1000’s of them. All countries including our own are guilty of doing awful things to beautiful creatures, but Romania wins here for barbaric, cruel practices.” 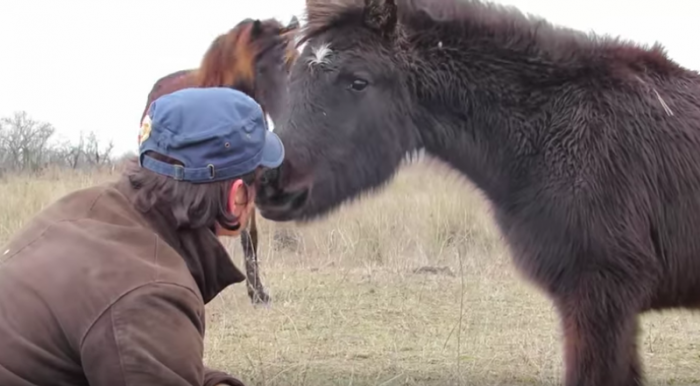 Another commenter agreed, sharing: “Unfortunately, in our country, the punishments are not hard enough for the ones who torture animals. Thank you for helping the animals that can’t defend themselves against cruel humans.”