Teen’s Dead Body Was Found Near The Road. She Texted These 2 Words Just Days Before : AWM

Teen’s Dead Body Was Found Near The Road. She Texted These 2 Words Just Days Before 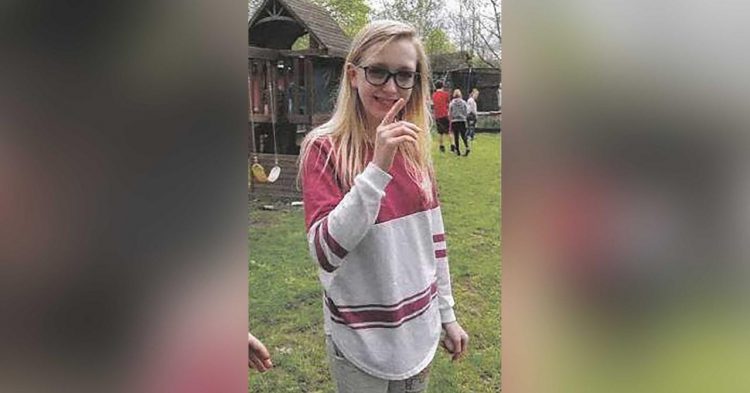 Despite their constant access to the internet and online modes of communication, teens can be just as hard to read as they were in decades past. However, when a teenager, 15, texted her boyfriend, she could not have made it more clear that she was in trouble. In the text, she told her boyfriend that her mother’s lover had just entered her room, and she could not have been more scared.

The text messages were sent about a week before the 15-year-old girl’s corpse was found muddied in a roadside ditch in Martinsburg, West Virginia. In the text message, she made it clear to her boyfriend that she did not trust her mother’s lover, Andy. The message said:

According to the Herald-Mail, the teen followed up that first text with something that was even more alarming.

After that text message was sent, it was not long before 15-year-old Riley went missing and did not show up again until her body was found beaten and muddied along the road a week later.

The text message evidence was presented during a preliminary hearing on Wednesday for 41-year-old Andy J. McCauley who has been charged with Riley’s murder.

Although the text message “I’m scared” was sent on May 7, Riley’s body was not found until May 16. The corpse was located along an embankment in rural Berkeley County. Although the teenager’s mother put in a missing person’s report for the Berkeley Springs High School Student on May 8, the police were not able to turn up with any evidence until much, much later.

But now the evidence is piling up in favor of locking up Andy McCauley for a long, long time.

Prosecuting attorney Dan James from Morgan County expects the hearing to continue for a while since autopsy results could take some time. Additionally, the decomposition of Riley’s remains may make it difficult for the medical examiner to determine how the young girl was killed.

In a statement released by the Sheriff’s department, Riley was first reported missing after she did not show up for school on May 8. The girl’s mother, Chantel Oakley, tried texting her daughter, but the messages just would not go through.

Oakley first checked the school to see if her daughter had somehow gotten into class undetected. When it was clear that the teen had not made it to class that day, the concerned mother rushed home to see if the teen had returned.

“I went upstairs and walked in her room, and she wasn’t there. I was mad and scared because, at that point, no one had heard from her. Then I got the call from the school saying she had been marked absent.”

Without missing a beat, Oakley called the police to report her daughter missing.

“She would not run away,” the mother said. “She loves us. She wouldn’t want us to be upset.”

Riley’s father, Lance Crossman, added, “She wouldn’t just run off. She has never hurt anyone in her life. She’s very gentle.”

As it turned out, McCauley was a “person of interest since day one,” Morgan County Sheriff K.C. Bohrer said.

Now he might spend a long time behind bars.