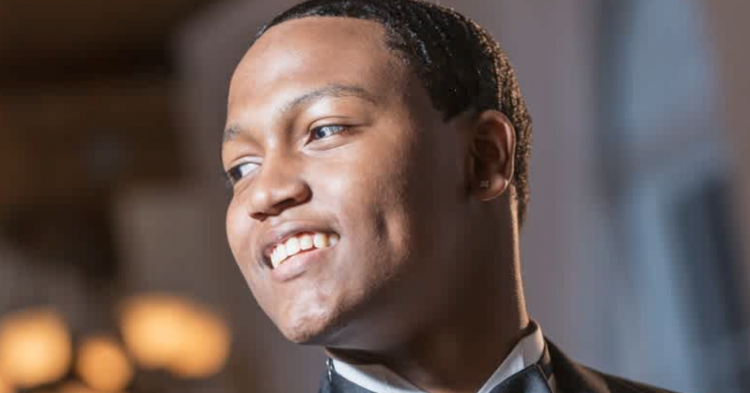 High school students look forward to their senior prom for months. The event is a milestone during a person’s high school career because it’s a formal dance that encourages everyone to dress up in their best. But one boy decided to skip taking a girlfriend to the prom, choosing to invite his mother instead. The reason? The boy’s mom was forced to miss her senior prom when she was in high school because she was pregnant with him all those years ago.

By showing his mom a good time, this young man proved he was a man. He proved to his mom that she raised him to be a good man and to be someone who thinks about the wellbeing and happiness of others. His mother delighted in being able to dress up and show up for the senior prom like she was supposed to have done all those years ago. Since she had to miss the dance due to the teen pregnancy, she missed the chance and never got to experience prom. 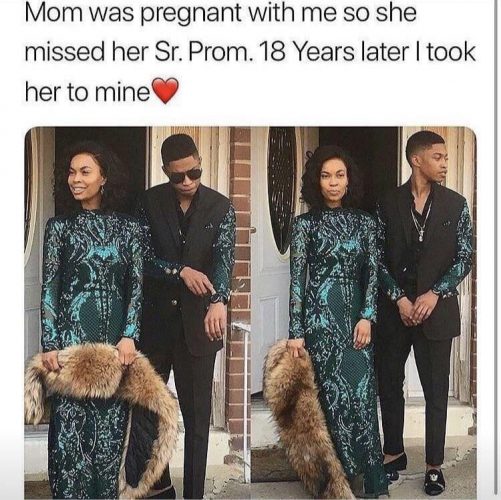 Images from the prom were shared to Reddit, where they quickly went viral. Hundreds of people shared comments about the images and how the young man took his mom to prom because she missed her senior prom due to her teen pregnancy.

“They look glamorous AF. Look at his sleeves matching her dress. Fire.”

“Oh wow, I didn’t even notice his sleeves until your comment. That looks amazing.”

“I wonder if she made (the dress). It carries over in the sleeves of his suit jacket as well.”

“Always better the second time around. Look at your mother looking like she’s younger than you. Awesome!”

Some people pointed out how good his mom looked and how she made up for a lost time after missing her senior prom when she was in high school.

“First thought was wow, your mom is a smoke show, bro but didn’t think anyone would say it on this sub.”

“Oh my god, his mom is so hot. That dress is gorgeous.”

Another fan replied, “Seriously, she could be a model!”

“hey better have won prom king and queen because DAMN THEY FLY.”

Some people appreciated the gesture but wondered if it was weird for the pair at the dance.

“I’m glad I’m not the only one. It’s a sweet idea, but actually taking your mom to prom would be… really weird, I think. Adults shouldn’t be at prom haha”

“Wholesome and everything, but what 35 years old actually wants to go to a high school prom?”

“This is a really cool gesture, but how does this kind of thing work at the actual prom. Any time I read a story like this, I just imagine the actual prom and how awkward it would be for both of them at different times.”

“Very cute pictures and lovely thought, but once they get there, what does a 36-year-old woman do around a bunch of 17 and 18-year-olds?”

What do you think about this son taking his mom to prom because she missed hers when she was pregnant with him?