Soda Company Is Bringing Back This “Disgusting” Flavor, But They Say They Changed The Recipe 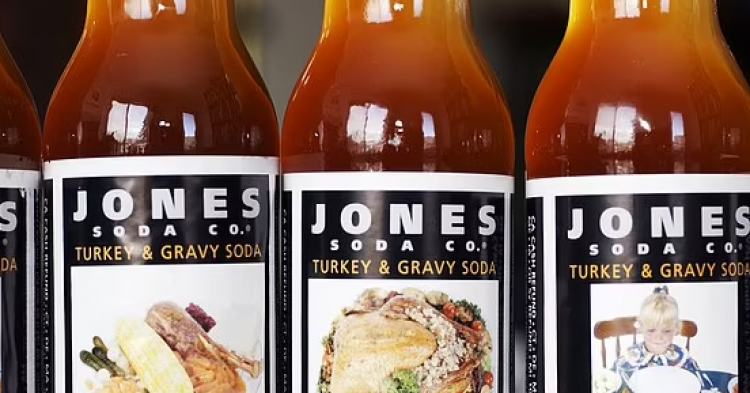 In the early 2000s, Jones Soda launched a “gag-inducing” flavor that was a hit among a small group of cult followers. The flavor, Turkey and Gravy, was released as part of a holiday theme, so people could drink it during the Thanksgiving season. The flavor was first introduced in 2003 and was brought back for the following two holiday seasons – 2004 and 2005. However, the Turkey and Gravy soda flavor has been off the shelves for more than a decade but will be coming back in time for the holiday season this year – 2021.

Critics have called the beverage “gag-inducing,” “less than appetizing,” and “one of the strangest things we’ve ever tasted.” Nevertheless, Jones Soda wants to reacquaint American consumers with the savory soda beverage in a controversial move. There will only be 35,000 bottles of the soda flavor created – a limited edition launch that will help Jones Soda from having too much of the beverage left over after the season passes. The turkey-and-gravy soda flavor promises to be even better than it was back in 2003 because Jones Soda has tweaked the recipe since then. 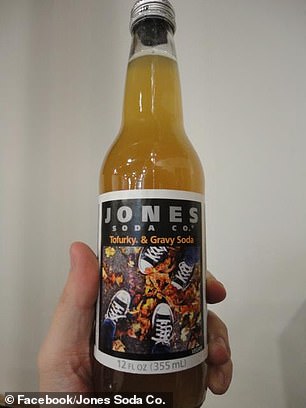 However, the Turkey and Gravy soda flavor will be coming back in time for the holiday season this year – 2021. But Jones Soda says they have changed the recipe. The new version of Turkey and Gravy is going to be a “less gagging-inducing” drink that tastes more like turkey gravy with hints of thyme and sage.

The soda company had decided to re-release the Turkey and Gravy flavor because it experienced a jump in sales when Jones Soda was giving away free samples of their turkey and gravy flavored drinks at an event.

During the 2004 release of the strange soda flavor, it was available as part of a holiday pack that also included soda flavors like green bean casserole, cranberry, fruitcake, and mashed potatoes – giving fans a complete Thanksgiving Day meal in bottles of soda.

A second holiday-themed pack was released the following year, in 2005. This one included the turkey and gravy flavor as well as corn on the cob, broccoli casserole, smoked salmon pate, and pecan pie. The sodas even happened to be “diet-friendly,” which made them appealing to some people compared to a hearty Thanksgiving meal. 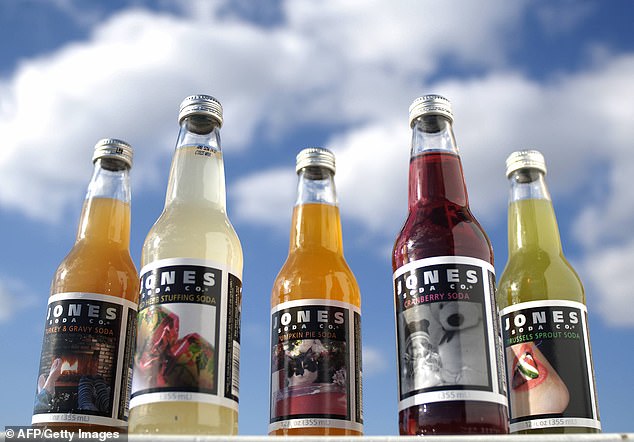 “We realized consumers are concerned about the 2,000 calories that each full holiday meal contains. That’s why we made our sodas zero calories and zero carbs,” said Peter Van Stolk, the former president and CEO of Jones Soda, in a statement released in 2004.

The turkey and gravy flavor is making a return as part of Jones Soda’s twenty-fifth anniversary. The 35,000 bottles will each be “individually numbered for collectability” as the brand prepares to sell every bottle as part of the holiday stunt.

“We’ve taken enough of a breather from this flavor, and we think this is the right time to bring it back,” Mark Murray, Jones’ CEO, and president, told according to AdWeek. “There’s a whole generation — an entire demographic of Gen Z and younger millennials — that’s never tried it, but maybe just heard of it.”

The Jones Soda Company has been known to produce a number of bizarre flavors that cause controversy, such as their Zombie Energy drink and the “soup flavored soda” called Bone Meal.

Will you try this soda flavor for Thanksgiving?