She Got Laughed Off Of Shark Tank Years Ago, But Now Her Predictions Are Coming True 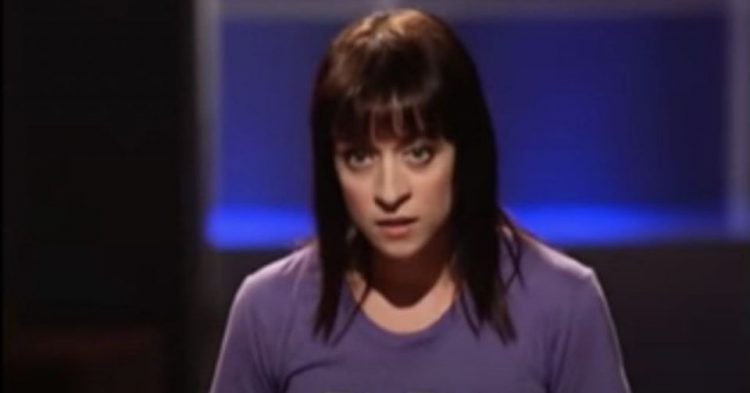 When Megh Wright started binge-watching old episodes of the reality show Shark Tank, she was stunned when she came across an episode from 2009. This entrepreneur presented her idea for a big business during the first season of the CNBC reality show, which was filmed during the economic meltdown that occurred at the end of the Bush presidency. Wright, who is a writer for Vulture, realized that one of the pitches to the Sharks was eerily foreshadowing of the events that would later come to be true in our modern world.

Irina Blok was one of the first people to appear on the show to pitch her business idea to the Sharks. While on the program in 2009, she presented “a collection of fashion surgical masks designed for people with an edgy sense of humor who wants to express themselves.”

While that idea would have been a huge hit in March 2020, back in 2009, it was a joke to the Sharks. Although Blok was confident that she “created the next big trend” and that people would clamor for her cool masks. The investors were not so confident in her idea. They laughed her off the sound stage and shut down her pitch faster than a firefighter puts out garbage can fire.

While pitching the Sharks, Blok points to the fact that she earned more than 700,000 hits to her website in a matter of days after launching her fun surgical mask website.

Kevin “Mr. Wonderful” O’Leary dismissed Blok out of hand, refusing to believe that the general public would ever have a general desire to use Blok’s groundbreaking product.

“Is that because Swine Flu was all over the news for two weeks?” he asks. “Now we don’t see it anymore, it’s an epidemic that came and went, you need a new epidemic to get that kind of a hit again.”

Although O’Leary was right for the time being, little did he know that eleven years later, surgical masks would be a hot ticket item.

“It’s a novelty item, not a serious item,” Kevin Harrington says. “I just don’t see the market for it.”

Blok was stunned. Despite all the traffic to her website and the apparent demand for what she created, every Shark laughed her off the stage after turning her down for investment.

Although the COVID-19 outbreak would take more than a decade to materialize – giving credence to Blok’s surgical mask idea – the Sharks would have won big if they had put their money in Blok’s product at the time.

Arizton Advisory and Intelligence anticipates that the face mask market “would realize an absolute growth of around 90%, contributing over $2.7 billion incremental revenue between 2019 and 2025.”

Blok took her Shark Tank failure in stride. Now, she is best known for being the genius behind the Google Android robot logo. Although she doesn’t sell face masks, she proved to be the person who came up with the innovative idea that was a decade ahead of its time.

What do you think about the tragedy of the coronavirus and how popular masks are now?