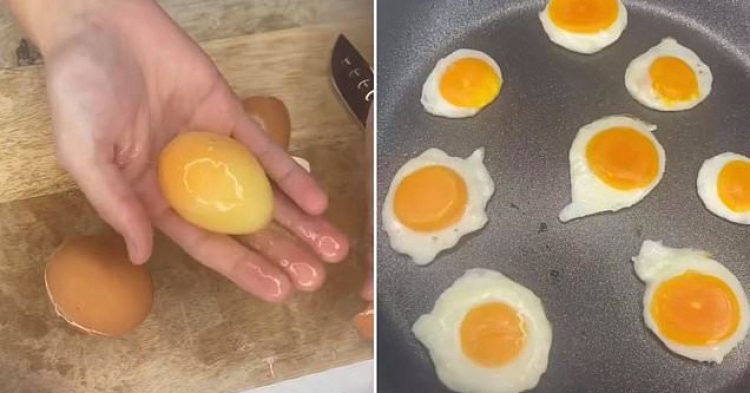 One mother has turned to social media to share her tried-and-true trick to get her toddler to eat eggs for breakfast. The trick has been working so well for her that she wanted other parents to know how to do it so they can get their kids to eat their meals as well. The trick requires parents to cook their eggs in a unique way instead of boiling or frying them for little kids – but the trick comes with how she treats the eggs before cooking them.

Mom Alexandra swears by her technique, which requires her to freeze eggs overnight before preparing them for breakfast. Then she removes the shell from the frozen egg. She then slices the frozen eggs to create “cool miniature eggs” that her toddler absolutely loves to eat because they’re small and cute. 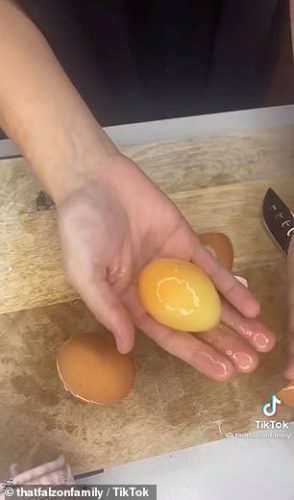 Alexandra first shared her popular trick for cooking eggs via a TikTok video, which was captioned along with “every parent needs to try this!” Many parents tried her trick and admitted that it worked well for them when they were trying to get their little kids to eat eggs.

When the frozen egg is first removed from its shell, it does look a bit bizarre. However, once you cook the sliced pieces of egg, it starts to look like a miniature fried egg. The small disk-like shape of the finished product makes it very easy for small kids to enjoy, which is why Alexandra’s daughter loves it so much.

Although the video was short, it piqued the interest of thousands of people using the TikTok app. They wondered why it was something they were only hearing about now because it really did seem to be something that would help them parent their children better than they already are. 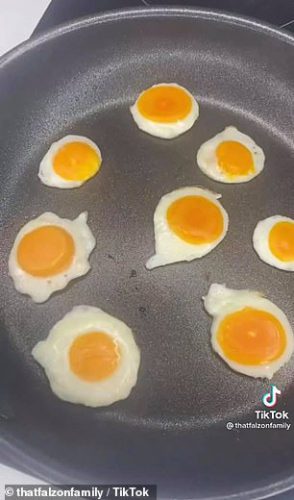 Another said: “So clever!”

“This was the biggest trust the process I’ve seen.”

“I was sixty-one when I learned this.”

“You literally just discovered fire,” one person suggested after being blown away by this tip.

“That’s pretty cool. How long do you put it in the freezer for?” one person asked.

Although the video received a positive response from users on TikTok, health professionals were not as eager to share the tip. It is generally regarded as unsafe to freeze eggs in their shells. The reason that it is unsafe is that it can encourage the growth of certain bacteria – not to mention mess with the texture of the egg.

If you do decide to try this life hack, then you need to cook the egg immediately after removing it from the freezer. Make sure to cook the eggs at a high temperature to kill any bacteria that might have been trying to form inside the uncooked egg.

What do you think about this mom’s trick of freezing eggs and then cooking them in disks?