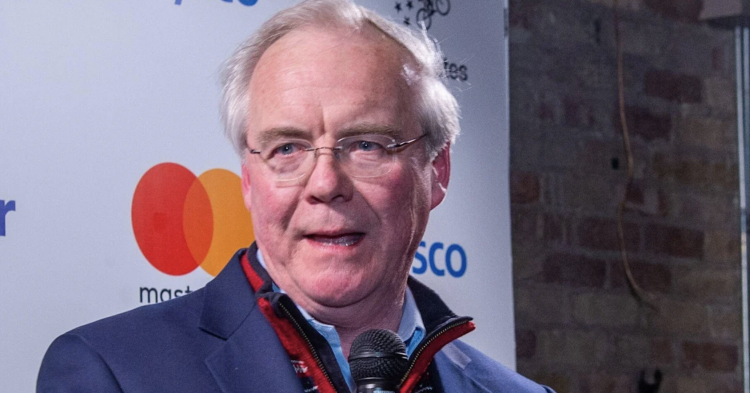 As Kroger grocery stores cut employee pay, the company CEO makes off with a record $22.4 million for himself. The CEO, Rodney McMullen, decided to cut COVID-19 hazard pay for his hardworking frontline workers only a few months into the pandemic. While he cut his workers’ pay during the most dangerous time in the pandemic, he was able to increase his take-home pay astronomically thanks to savvy business practices that put frontline workers in harm’s way.

Although McMullen’s compensation rose nearly 6 percent during the pandemic compared to the prior year, the median pay for Kroger’s thousands of employees dropped more than 8 percent. The median pay for these hardworking frontline heroes is just $24,600 – less than one-tenth of a percent of what the CEO makes per year.

Kroger is based in Cincinnati, Ohio, and is the country’s largest grocery store chain. It employs a staggering amount of people – totaling 465,000 people at the latest count. However, McMullen was eager to rid his employees of the “Hero Bonus” the company gave workers at the start of the pandemic. This bonus included $2 per hour extra for workers in warehouses and stores who put their health and lives on the line as they risked contracting the deadly virus.

As COVID-19 cases and deaths surged in May 2020, McMullen canceled the “Hero Bonus” for his frontline workers. At the time, Bloomberg reported on the decision, writing, “The hazard pay is disappearing. The hazard is not.”

Workers were shocked that McMullen did not want to pay them for risking their lives during the pandemic. They felt that the modest increase in their hourly wage was a step in the right direction because they were putting so much on the line in order to keep the grocery store chain operational. Nevertheless, McMullen was able to increase his personal compensation package.

“How do you go from a hero to zero when there’s still a pandemic out there?” asked one Kroger worker.

Instead of complying with city ordinances that require grocery stores to pay employees hazard pay, Kroger has shut down locations. Kroger does not want to pay their workers a dollar over the base rate and would rather shut down locations than ensure adequate compensation for their frontline workers.

After Bloomberg confronted Kroger about the uneven distribution of wealth, a company spokesperson tried to shift blame from the CEO by mentioning how the company planned to award $100 to any worker who got the COVID-19 vaccine.

“Kroger continues to reward and recognize our associates for their incredible work during this historic time,” a spokesperson told Bloomberg in an emailed statement.

The numbers indicate that the pandemic affected America’s working class the most.