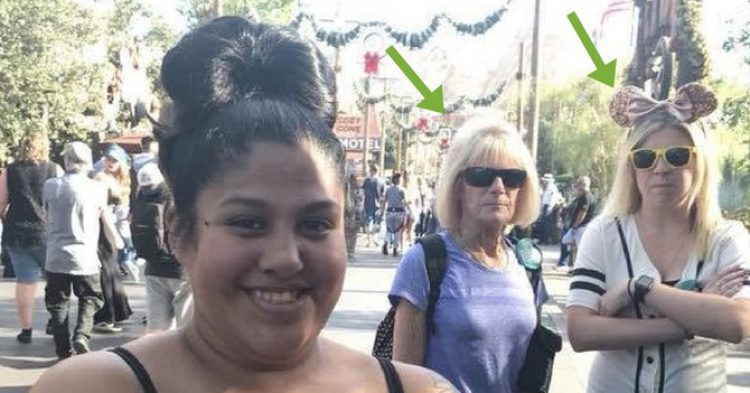 Few people love Disneyland more than mom Brittni Medina. She loved the whole experience so much that she was willing to pay all the money to get her 10-month-old son into the park for his first experience. Although he might never remember visiting Disneyland, he will probably learn about how his presence in the park became a huge ordeal and helped his mother go viral for exposing her haters and raising awareness around breastfeeding in public.

Babies need to eat. It’s normal for them to get their food from mama’s breasts. Nevertheless, the culture in America is not always very accepting of mother’s who have to feed their babies while in public. Sometimes moms will be shamed for wiping out their nipple so their little one can suckle. Other times, they just get put on the receiving end of the stare of disgrace. That’s exactly what happened for Medina when she had to pause and feed her baby boy during their trip to Disneyland in California. 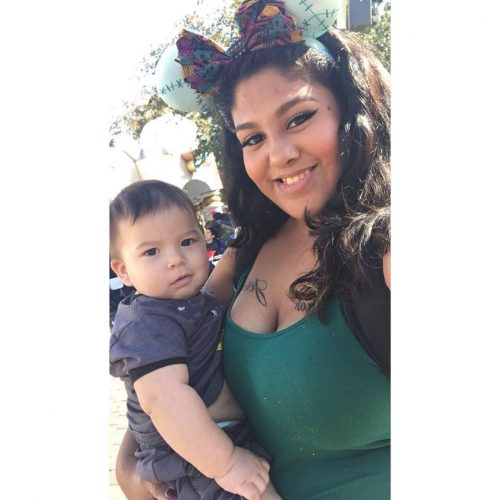 Because Medina was told that the two women were glaring at her for breastfeeding in public, she asked her husband to snap a picture. In the image, which has since been posted to Facebook and has gone viral, the two women are seen staring at

When she shared the image to Facebook, it was very clear that she was the recipient of these women’s hate. They’re just glaring at her as though she were the most disgusting woman in the whole world. This is what Medina wrote to caption the shocking image:

“These women were making snarky comments, so I moved from my spot to catch a picture with these characters. Not for attention for me but attention to the fact NO WOMEN SHOULD BE SHAMED FOR FEEDING THEIR BABY UNCOVERED.”

Medina posted the image on her breastfeeding Facebook group. Because she and her husband have annual passes to Disneyland, they visit the theme park as often as possible. As a mother of two, Medina loves taking her entire family to the park. It’s a great family experience – most of the time. 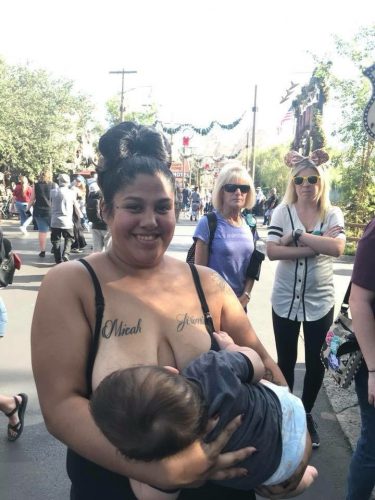 Although these women seemed to hate her, Medina is still “pretty comfortable feeding anywhere, anyway.”

She wrote: “These ladies were so angry by it my husband just had to take a picture. Peep the haters. Characters of the day. Just had to get a picture!”

Because these women were so angry that she had her breast exposed to feed her ten-month-old son, Medina began a hero for all breastfeeding moms. She stood up to the pressure – with a big smile on her face. When her story went viral, she found herself being interviewed by Popsugar.

“I actually stepped a little over to get them in the picture because they were talking loudly, saying how I should go to the restroom to feed. I was happy my husband could capture my son and me happily feeding, and I thought the looks on their faces were priceless. I mean, how could they be so mad?”

She said, “I covered with my first son, but honestly, people will complain no matter what you do!”