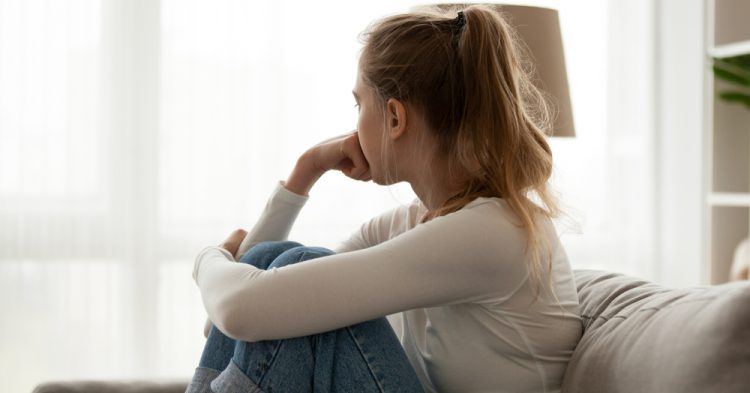 Teenagers are known to be difficult. These young people are coming into themselves and are dealing with an influx of confusing bodily hormones. Because people who are in their teenage years are growing faster than they can comprehend, they face many complex situations and emotions that they don’t know how to handle with grace. This lack of awareness often manifests in the form of fighting with parents, relentless and constant arguments, and the teen’s distancing from her parents both physically and emotionally.

Now, one mother of a fifteen-year-old girl has come under a vicious attack from a stranger online after she “forced” her daughter to give her father a hug. The mother does not understand why her teenage daughter is no longer affectionate and finds the girl’s behavior to be unacceptable. That’s why she uses her authority as a mother to force the girl to express physical love to her father, even when the girl does not want to do it.

Mom wrote, “So for whatever reason, my 15-year-old daughter has taken a real issue with saying ‘I love you’ or hugs. I’ve spoken to her about it but she just kind of laughs it off. I’ll say goodnight love you and she’ll say something like ‘Ha! Okay, good for you.’ Now I’d take that personal if she didn’t also say it to my husband and her siblings. She also completely rejects hugs.”

When she picked her daughter up from her father’s home (the pair are divorced), she noticed strange behavior between him and their teen daughter.

“I was picking her up from her father’s when he said ‘see you later, love you’ and her siblings said it back but all she said was ‘yeah okay,’ I don’t get it,” said the mom. “He went in to hug her, and she dodged.”

Mom wanted to make her daughter pay for her rudeness.

“I apologized and said she’s just going through an awkward teen phase and told her to hug him goodbye, she got all awkward, and some relatives who were at her father’s (stepmother, grandmother, aunt, and siblings) laughed at how awkward it was,” she said.

The teen felt violated. When she got back to her mother’s house, she went into hiding.

“She stormed up to her room when we got home and called me a [expletive],” the mom said. “My husband thinks maybe I crossed a line and should apologize, but I didn’t laugh? All I wanted her to do is hug her dad.”

People who read this immediately noticed the red flags that the mother missed.

“You are teaching her that her personal boundaries do not matter,” wrote another concerned reader.

Do you think mom should force her awkward teen daughter to be physically affectionate?