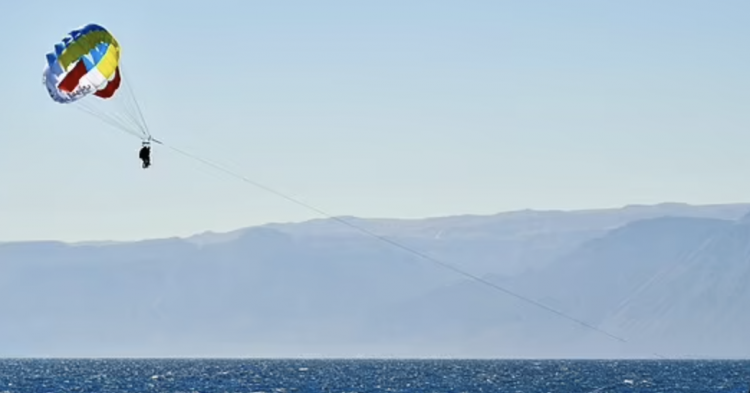 While paragliding through the Red Sea, a man was attacked by a shark. The beast leaped out of the water and snatched the man’s foot as he was sailing through the air with the parachute. The victim was a 37-year-old man who was enjoying tandem parasailing until the shark burst out of the water in Aqaba and bit his lower leg, chopping off part of his foot as well as severing tendons and breaking several bones.

The victim was in the Red Sea from his home in Jordan and was hovering above the water when the shark suddenly and unexpectedly attacked him. 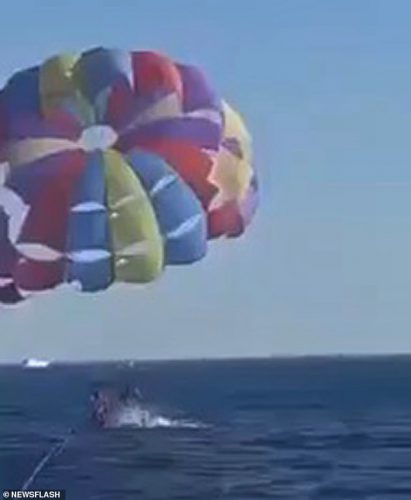 Shark attacks are extremely rare in the Gulf of Aqaba. However, they do occur occasionally. Mohammad Qatawneh from the Aqaba International Dive Centre spoke to the local media about the shark attack and how shocking it was to see it unfold in the water.

“The shark attack garnered a lot of media attention,” Qatawneh told Jordan News. “Truthfully, it scared a lot of people, but this is something that can take place anywhere. In Karak, for example, there are snakes and scorpions, but in the end, they’re not dangerous enough to scare people away.

“I’ve been diving for 20 years, and this is the first time I’ve heard of a shark attack,” he added. “There are many types of sharks. We have reef sharks, guitar sharks, and many other types, but none are dangerous.”

Other experts were eager to share their thoughts on the parasailing shark attack in the Gulf of Aqaba.

Mohammed Khalil Al Zabada of the College of Marine Sciences spoke to Gulf News about the attack.

“Sharks are found in all the seas of the world, and in the Red Sea, there are many types of sharks, but their presence in the Aqaba region is very rare,” Khalil Al Zabada said to the news outlet.

Now that the shark attack in the Red Sea has people in the area fearing for their lives, the local government has launched an investigation into the incident. Nayef Al Bakhit of the Aqaba Special Economic Zone Authority confirmed that the investigation was underway and would hopefully figure out ways for people to enjoy the water more safely.

“The committee will issue a detailed statement about what happened as soon as they complete the investigation.”

The Red Sea has been home to several shark attacks in the last year. However, those attacks have occurred further south near the coast of Egypt.

Back in October 2020, a twelve-year-old boy visiting the coast of Egypt from Ukraine was attacked. An Egyptian tour guide also got injured in the attack. This occurred at the Ras Mohammed national park in Sharm El-Sheikh. They were brutally attacked by an Oceanic Whitetip shark. The boy lost his arm, and the tour guide had to have some of his leg amputated.

Two months later, in December, a 42-year-old tourist from Germany was attacked by a whitetip shark. She was injured along the waters near Marsa Alam in Egypt.

What do you think about the shark attacks in the Red Sea?