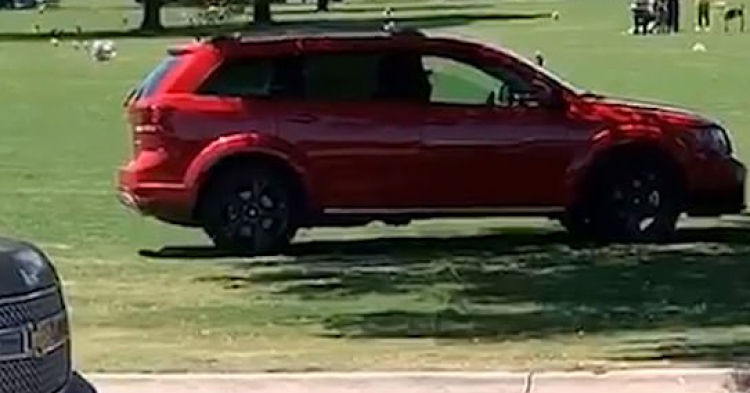 On Sunday, dozens of people gathered at the Houston National Cemetery to honor the veterans who risked their lives to fight for the United States of America. A flyover was scheduled to celebrate the 75th anniversary of the end of World War II in Europe – when Hitler was finally defeated. The flyover was to be conducted over the Lone Star Flight Museum, which was why Texas residents were shocked and appalled as a woman driving a minivan ran over the gravestones of military veterans because she wanted to skip ahead in line because of the traffic jam that had accumulated near the site.

Because the woman had seen the flyover, she wanted to be one of the first people to leave. Although she supposedly “loved” America and its veterans enough to spend her Sunday honoring the 75th anniversary of the end of World War II in Europe, her love for America ran out when she got impatient. She decided to bypass the traffic jam by running up on the grass and driving over the graves of dead veterans. 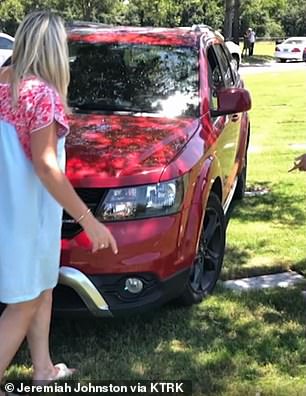 “I was shocked, and never would have expected that to happen,” Jeremiah Johnston, the man who filmed the video, told KTRK. “This is Houston, and there are crazy drivers, and I would never have expected to see them going through a cemetery. Especially when everyone was there to pay their respects during a patriotic flyover.”

Another witness to the atrocity was Amanda Hill. She said that the woman wanted to get out of the area as fast as possible that she was willing to drive her minivan over the graves of the dead soldiers.

“She tried to back up, and then went up on the curb of the section where my grandparents are buried,” Hill said. “[The woman] couldn’t get around some cars, and then she started running over the graves.”

Hill believes that the woman ran over dozens of gravesites for veterans. The driver could have cared less about showing respect to the dead veterans. 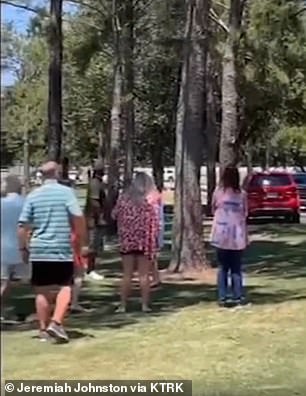 “She heard us yelling at her to stop, and just kept doing it,” she said. “My mother approached the van, and the driver told her she had to get out.”

Hill and her family got in front of the woman’s car to block her from destroying more gravesites. Because the woman was about to ruin the gravesite of Hill’s grandfather, Robert Eugene Marsh, First Lieutenant in the Air Force, Hill, and her family were unwilling to let that happen.

“My mom stood in front of the van, and finally had to jump out of the way, because she was going to hit her,” Hill said. Their intervention preserved their ancestor’s grave.

The woman driving the minivan did not seem to care that she was being filmed. 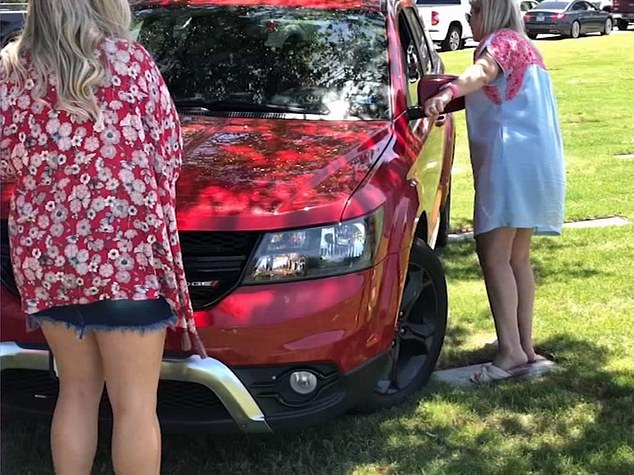 Houston police have yet to identify the woman who drove over the graves of the veterans. And they are not even looking for her.

“I was talking to my parents earlier and said: “I don’t want this to be a huge deal and reflect negatively,’” Hill told KTRK. “My mom said: ‘No. Your grandfather would be proud of you for making sure this woman gets justice because they would be appalled.’”