If You Watch This Closely, You Will See It Change The Color Of Its Eyes 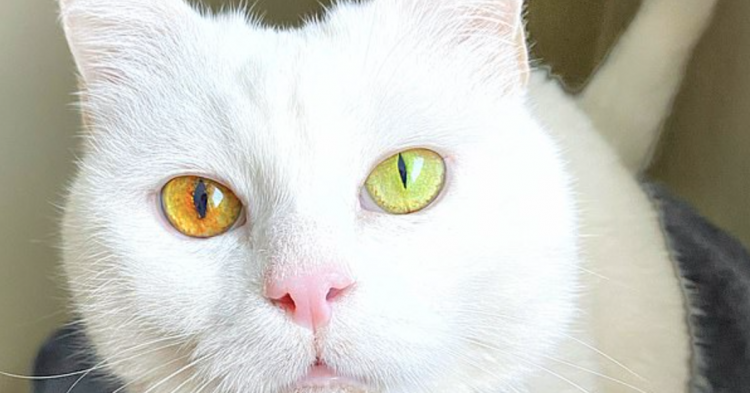 A cat from Canada has become a worldwide phenomenon after its owner revealed that the cat’s eyes change color depending upon the weather. According to 28-year-old Gabriela Carvalho, who adopted the ten-year-old cat, Ivory, the feline’s bright eyes are green and yellow some days but change to bright yellow and orange when the weather shifts. Although the cat’s changing eye color can be explained by heterochromia, her mysterious ability to predict the weather with the color of her eyes has captured the curiosity of the world.

Carvalho is a nursing student currently living in Calgary, Alberta, Canada. The young woman adopted Ivory after she tragically lost her five-year-old cat Luna, who also served as an emotional support animal. Ivory has been welcomed into Carvalho’s home with open arms – and with an open mind due to her mysterious ability to predict the weather with her changing eye color. 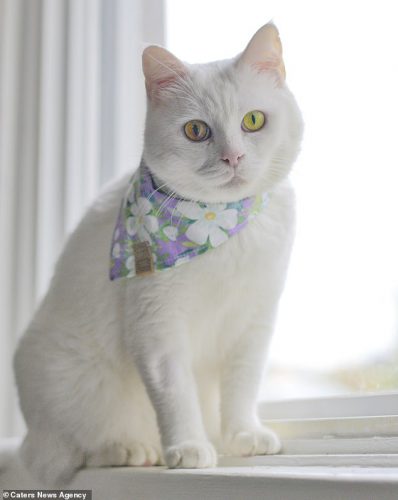 According to Daily Mail, Gabriela said: “I often get comments about her eyes, especially because they seem to change color depending on the weather, which is quite common in humans. I had never seen that in an animal before. Mostly, people just say how beautiful she is, or that usually, they’ve only seen blue and yellow before.” 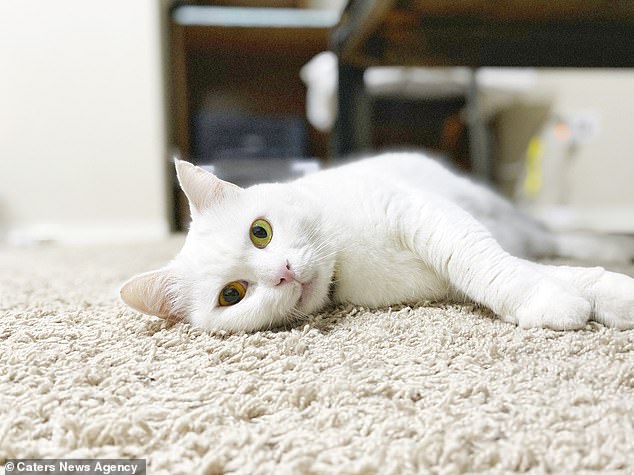 Ivory is a delightful housecat. Although she is not in the best health for her age – she is missing most of her teeth – the feline continues to live a good life with Gabriela Carvalho. While watching birds out the window, Ivory will “chirp” and engage with the sight. The feline also loves eating quail eggs, and Churu treats. 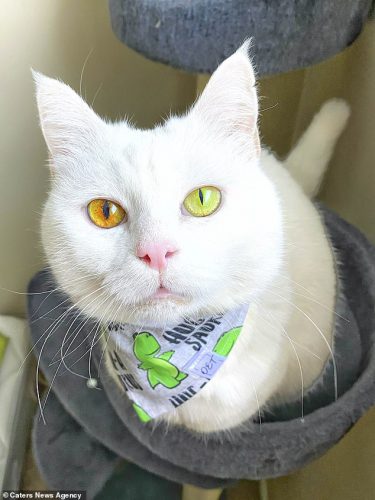 The cat owner added, “Ivory maybe ten-year-old, but she is wild. Her energy levels are incredible. Since a dental condition means Ivory doesn’t have many teeth left and her shorter lower jaw, she mostly eats wet food blended with bone broth to make it more liquid. She eats a specific wet food that is pretty similar to a raw food diet.” 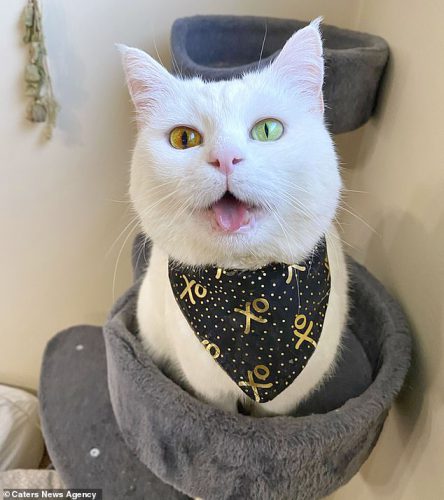 When Gabriela first met Ivory at the shelter, she did not plan to take her home. But she quickly fell in love with the cat and could not resist adopting her.

“I visited the same shelter that I adopted Luna [who she lost to feline leukemia] from to return some cat food I had purchased before Luna got sick. I passed by the window of all of these kittens and then Ivory, this beautiful, small adorable white cat just staring at me with these eyes. I wasn’t planning on adopting. However, I thought maybe some cat therapy would do my heart some good. So I asked if I could see Ivory in the ‘meet and greet’ area.” 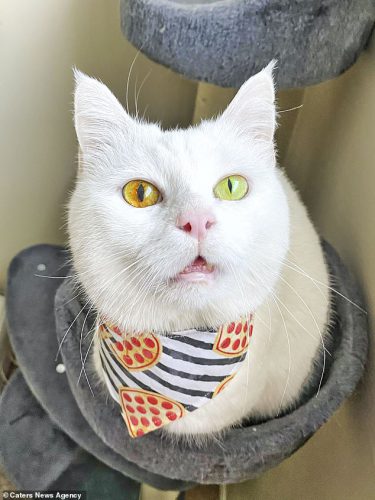 Gabriela said, “Ivory came out, walked over to me, laid right in my lap, and started purring, and she purrs loud and like a pigeon. Though her unique purr, eyes, and quirky stuck out tongue were adorable, and I loved her then, what made me absolutely know for sure that I was supposed to take her home, was the fact that Ivory wasn’t a Canadian cat. People ask me all the time why this was such a give-away for me? It’s because I spent six months in Jordan about five years previously in the same little town where this sweet girl came from. How often does that happen?” 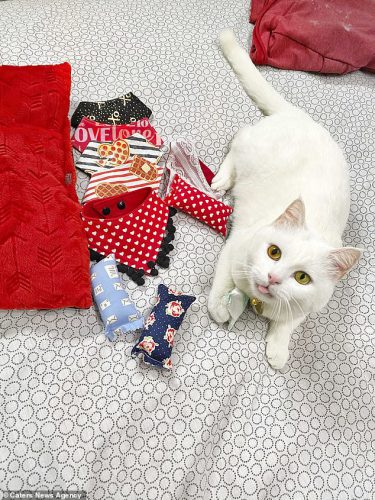 She added, “I love Ivory to pieces. She is a huge blessing, and I am so grateful for her. She’s been the best friend through this whole loss and Covid-19. She is precious, and I am thankful that she chose me first.”