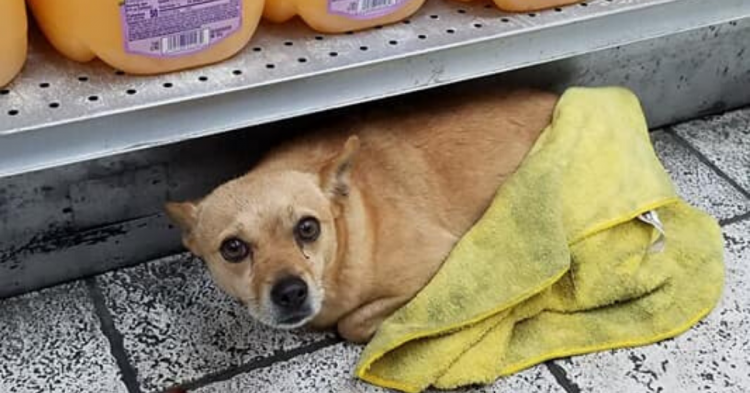 Animal lovers are everywhere. There’s a reason that adorable cat videos and funny puppy videos will forever be among the most popular videos on the internet. And while we at AWM share many positive stories about animals who are in a good place, this story starts off with a homeless Chihuahua that ran into a liquor store during a thunderstorm because he was so scared.

Although the owner of the liquor store was unable to adopt the Chihuahua and give him a better life, he did do the right thing and call the Chihuahua Rescue of San Diego County. They knew exactly what to do to give the little dog a better life. 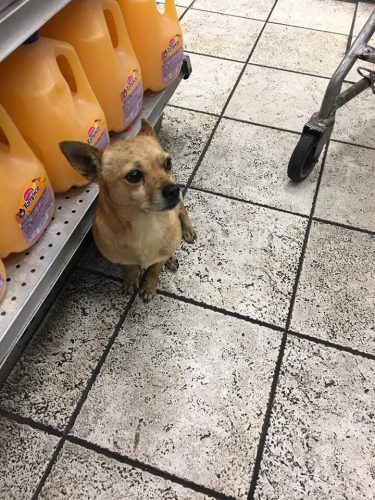 Before long, the homeless Chihuahua came under the supervision of an experienced animal rescue agent, Sabrina Wilkerson. She admitted that the liquor store owner did not know how to handle dogs, but that didn’t matter because he did the right thing by alerting the experts to the needy dog’s situation. 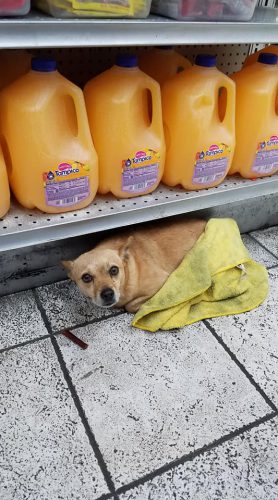 “The guy seemed like he really didn’t know much about dogs,” Wilkerson told The Dodo. “I said, ‘Is he friendly? Will you go near him?’ And he said, ‘No, I’m not going near the dog.’”

While the store owner was not going to do much beyond the call for help, Wilkerson took a moment to take a few pictures of the terrified dog before she rescued him and brought him into her facility. But the dog was hesitant to trust Wilkerson although she tried to show the dog no signs of threats. 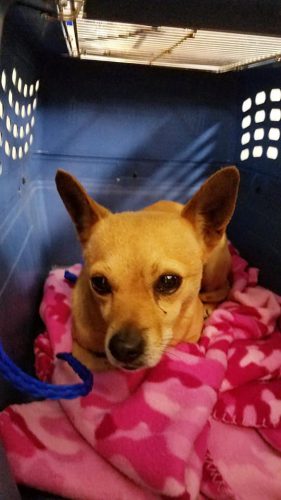 “He showed us his teeth — he was just stressed out,” Wilkerson said.

The dog did not have the best hiding place. He had found an alcove under the bottom shelf. While the dog was small enough to fit in there since it was a Chihuahua, it needed a more secure shelter. Eventually, the homeless dog realized that it had more hope with Wilkerson, who did not seem as much of a threat as she had when she initially arrived. 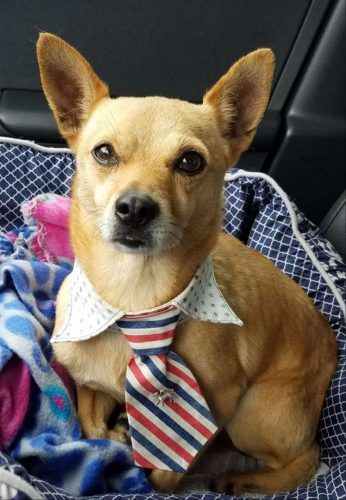 “He was sweet, and he warmed up, and you could tell he was friendly,” Wilkerson said. “He was just nervous.”

She took the dog into her car without a crate, which was something she had never done before. She was so blinded with the cuteness of this stray dog. 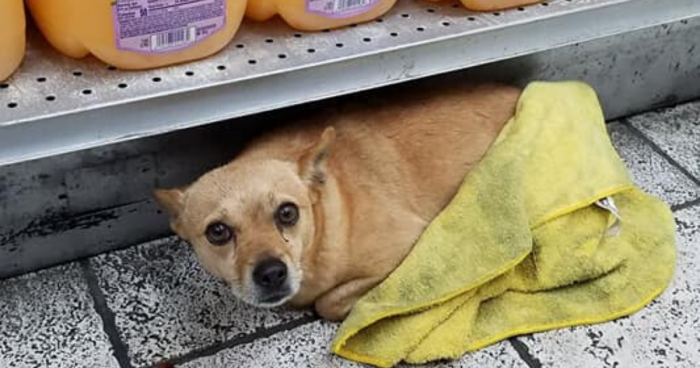 “I didn’t take him in a crate,” Wilkerson said. “I figured I’d just carry him in my arms. I don’t know what I was thinking — I’d never done this before with a stray.” 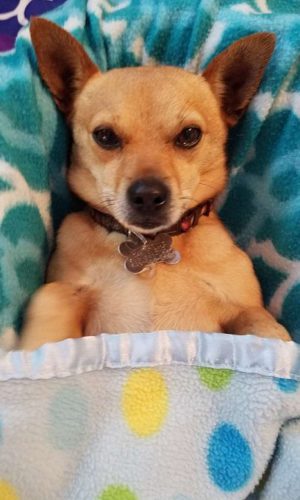 “We tried to get him, and there were lots of us trying to get him … but he just disappeared, and we lost him,” Wilkerson said. “It was devastating.”

But he was found the next day by a woman named Austin. 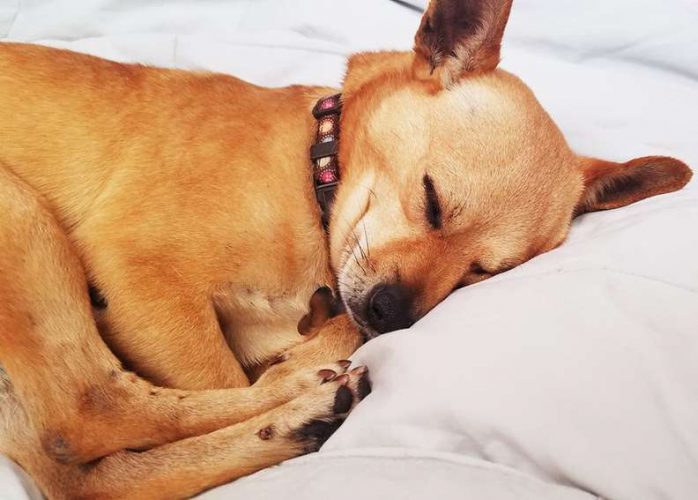 Wilkerson went above and beyond to help this lonely Chihuahua. She took him into her home as a foster parent and named the dog Austin. Before she was able to take the pup into her life, she had to get him checked out at the county shelter. Once that was done, the dog was delighted to be reunited with Wilkerson and return home with her.