Everybody Screamed When We Saw What Was Stuck In The Mud 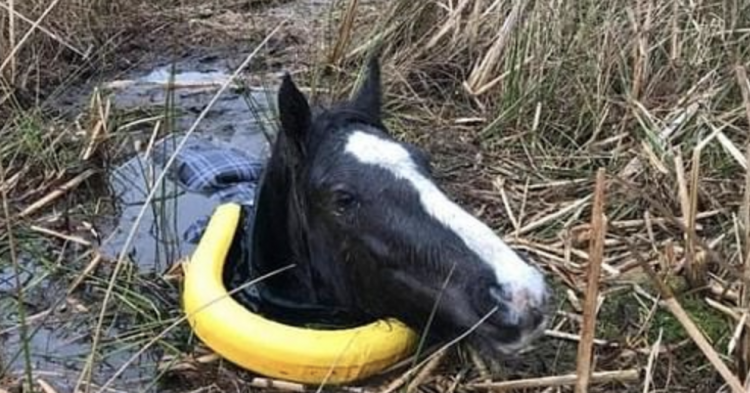 After Farrah the mare fell into a bog, she was stuck up to her neck in mud. Thankfully, animal rescue crews rushed to the scene and orchestrated an elaborate rescue the ended successfully. Farrah found herself deep in the mud while she was grazing about a field on February 5, 2021 – and wandered too close to the muddy bog in the Welsch land so that she fell in and was stuck in the muddy water up to her neck.

Farrah’s owner found the horse in trouble and immediately placed a call for help to the RSPCA. Four members from the charity rushed out to the remote area where Farrah was stuck in the mud in Amlwch, Anglesey, North Wales. 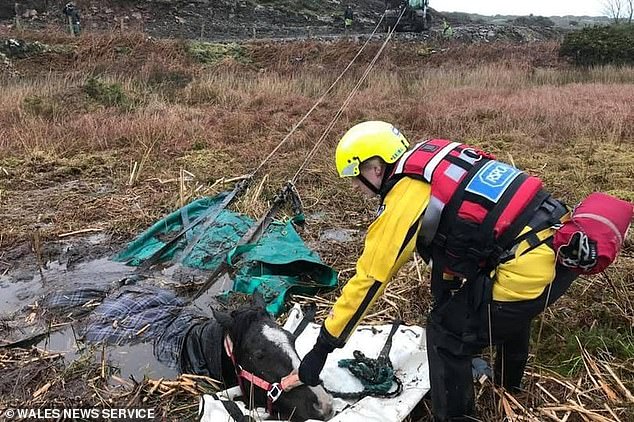 However, the four animal rescue workers arrived to find out that the situation was worse than they expected. The bog that Farrah had fallen into was so deep that the horse could not touch the bottom with her hooves. This forced the crew to use a machine to haul the horse out of the water. They attached two straps around the mare’s body and then used a winch to slowly remove her from the muddy bog.

RSPCA inspector Mark Roberts was at the scene of the rescue. 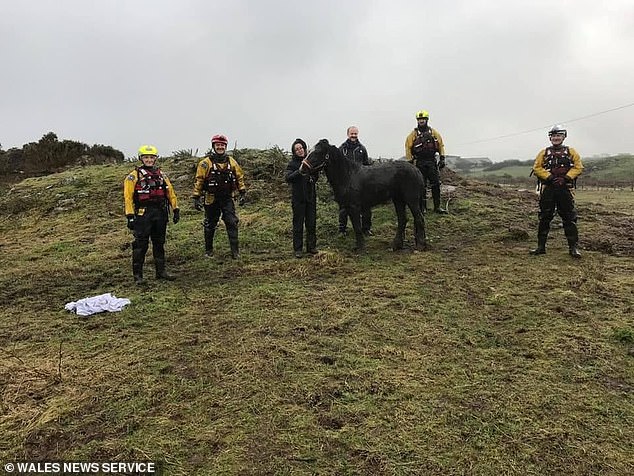 “This poor horse was well and truly stuck in the bog up to her neck,” Roberts said. “It was so deep I don’t think her hooves even reached the bottom. The area around the horse was a thick mat of moss, reeds, and roots, as well as mud, so we had to force our arms as far as we could to get two straps around the horse’s body. This was the hardest and most time-consuming part of the rescue.”

The rescue team used a large machine to pull the horse through the bog. She had to be dragged more than one hundred feet through the muddy water before she was able to be reunited with her distraught owner. 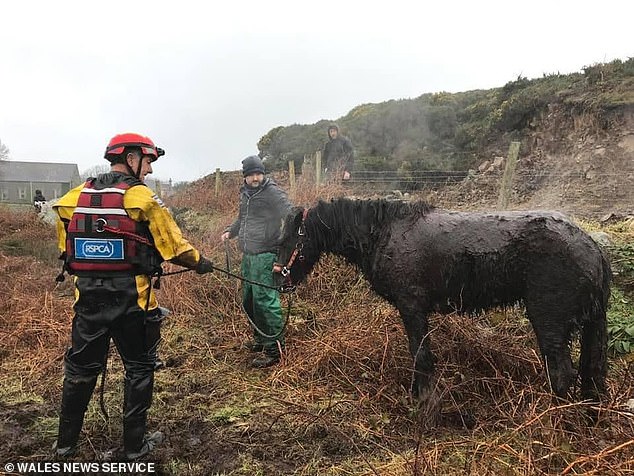 Roberts added, “The vet checked the horse, called Farrah, and miraculously her core temperature was normal as she had been wearing two rugs, which probably saved her life and stopped hypothermia from setting in. The horse was on her feet in ten minutes after getting unstrapped, and we’re very hopeful she will be okay. She was dried off, given pain relief, and stabled overnight.”

Readers of Daily Mail oozed praise for the animal rescue workers. Dozens of comments were written for the site, including the following:

“Wow, that’s a wonderful thing you do. Saving our precious animals.”

“I love the fact that I live in a country where people will put such huge effort into rescuing an animal. Well done, everybody!” 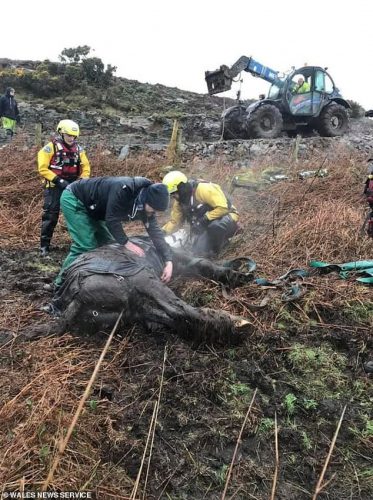 “I am so happy this poor animal is rescued. Heartbreaking. Thank you!”

“Poor thing. She needs a spa day now. And some good snacks. Carrots or apples.”

“Well done, people. Something to restore our faith.”

What is your response to the rescue of Farrah from the muddy bog?