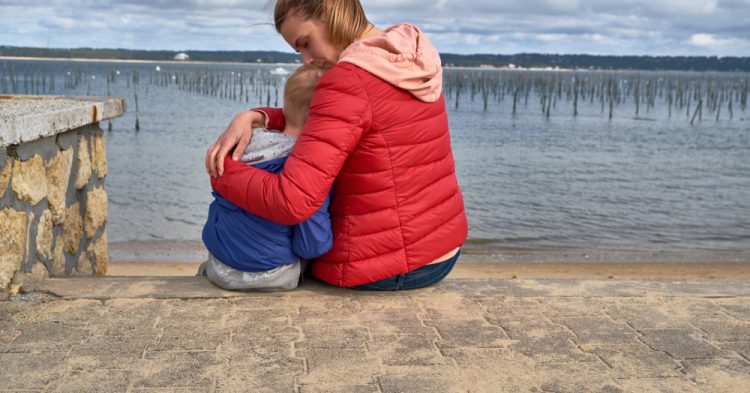 Divorce is extremely tough – especially when children are involved. Even if both parents try their best to smooth things over, it can be impossible to get through the custody process without a few hiccups. As visitation rights and child support payments are hammered out in the legal system, parents are forced to follow very strict rules about how they are supposed to interact with their children and former spouse.

One mother earned the right to receive child support payments from her ex-husband. It was a battle getting the payments that she was owed, and when they finally started coming in, she decided to do something unconventional with the money. Instead of spending it on expenses related to raising her child, as expected, she started funneling the extra cash into a savings account to save for a rainy day.

The mom turned to Reddit because she wanted reactions from people across the internet about how she was handling the money situation. She shared the details of her circumstances and explained that she was living a frugal life so she would have the extra money in the bank in case of an emergency situation.

“So, my ex gives me a generous amount of child support every month, and I use about 20-30% of it may be,” she wrote on Reddit. “I’m very good at budgeting since my mum raised me on her own, and we always stuck to a strict budget. My ex grew up being overindulged and knowing he would never have to worry about money in his lifetime, so we have different ideas of what living cheaply looks like.”

She continued, “Recently, my ex wanted to have a word with me because he didn’t like the fact that I made our son walk home from school. He wanted to know why I wouldn’t buy a car and offered me money to get one when I told him cars were expensive, and I thought it was a waste of money. I told him no since I would rarely use it.”

Because the child is only four years old, the car would have been for mom to use.

“He then told me to take an uber home instead of making him walk,” she added. “Again, I told him, no, and he brought up all of the other ways he thought I was making our son’ live cheaply.’ For example, I didn’t buy him new football boots or a goal when he started getting into football (he is only 4). I buy him ‘cheap’ clothes. I rarely take him to eat out, and if we go to a toy shop, I only ever let him get one thing, and it can’t be super expensive.”

Mom figured she’d save the extra money for the future.

“My ex wanted to know what I was using all of the money he gave to me on if I was raising our son like this, so I explained I never used most of it but kept it in a separate account for either a rainy day or for our son,” she said. “Now he’s angry at me for making our son’ live cheaply’ and essentially told me to stop saving and actually give our son the things he wants now because he had already made sure our son would be fine in the future.”

If all goes according to plan, the mom will give her son the saved money when he is old enough.

“Certain emergency situations will directly impact my son, hence why I said I could potentially use the money for a rainy day,” she said. “Earlier in the year, I had to take him abroad unexpectedly to go to his paternal great grandmother’s funeral, and the excess child support meant I didn’t need to worry about how I would pay for the flights or [health crisis] related extra expenses. I also stated I would give the money to my son when he’s older.”

Should this woman be saving child support payments for a rainy day?