Dad’s Been Threatening To Cut His Daughter’s Hair For Months. Today He Followed Through 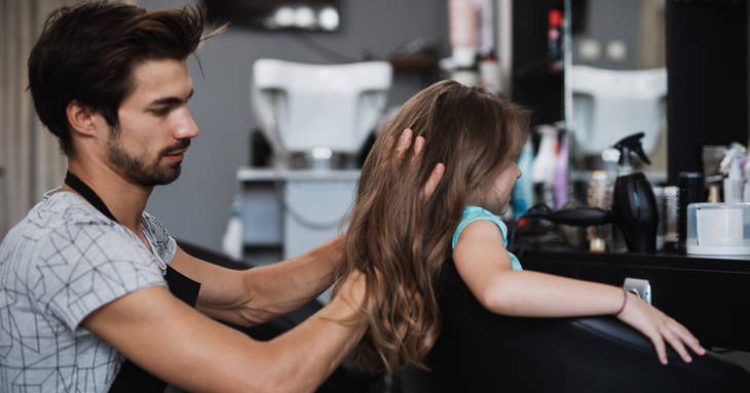 Single parents do not have an easy job. Because they’re the ones responsible for raising their children to become wonderful people, they have to balance a lot all at once. That’s why one single dad asked his seven-year-old daughter for some support to make his life as a dad a little bit easier. If she was able to follow through with his directive for her to care for her hair, it would be one less item on his growing to-do list for him to take care of.

Unfortunately, the seven-year-old girl was not ready for that responsibility. Since she had long hair down to her belly button, he needed her to do something to care for it. If she continued to ignore her long hair, she would not be able to keep it. That’s why this single dad decided it was time for him to put his foot down and cut his daughter’s hair.

“I’ve warned her over the last year that if she doesn’t start brushing her hair at least twice a day, we’re getting it cut shorter,” he wrote. “Every morning is a battle. I’ve talked to her mom about it, and she agreed that I could get it cut if she doesn’t take responsibility for her cleanliness.”

Since the single dad had long hair himself, he felt it was reasonable for him to expect his seven-year-old daughter to start to care for her own hair. If she wanted it long, she had to be ready for the consequences.

“I told her that I could do it, and so can she,” he wrote. “I’ve shown her multiple times how I bring my hair over my chest to brush the bottom, which she doesn’t have the dexterity to do. I brush from the bottom and slowly work my way up; I know how to brush hair since mine is long… She doesn’t have to be self-sufficient, but she needs to at least try.”

Since his daughter didn’t listen to him, dad decided it was time for him to follow through on his promise of cutting his daughter’s hair.

“I cut her hair to about an inch below her shoulders,” he wrote. “She was devastated. She continued to cry for another hour as I drove her to my parents’ place to watch her as I went to work. My mother and my sister both got very upset with me. My mom told me I’m going to ruin my daughter if I don’t start taking parenting classes and that cutting her hair was completely unnecessary.”

Although he got permission from the girl’s mother, he now wonders if he did the wrong thing. Her hair was so long and beautiful. Now it was short and average.

One person wrote the following response to the dad’s issue.

“That it needed to be cut, I don’t disagree with,” admitted one user. “That you didn’t freaking SHAVE her head, but instead, she still has hair just below her shoulders, I don’t disagree with. I do disagree… with your cutting it in the heat of the moment. Saying ‘Okay, well, we’ve talked about this fifty times, so tonight after work we’re going to have to cut it’ and then doing it later would have been a better approach. She’s only seven.”

The dad updated his post, saying how he apologized to his daughter.

He wrote, “With differing opinions on what actions I should have taken, I think what I can learn from this is to set clear boundaries and consequences and always follow through with a cool head.”