Boy Sobs Uncontrollably After Realizing Who Gifted Him His Dream Puppy 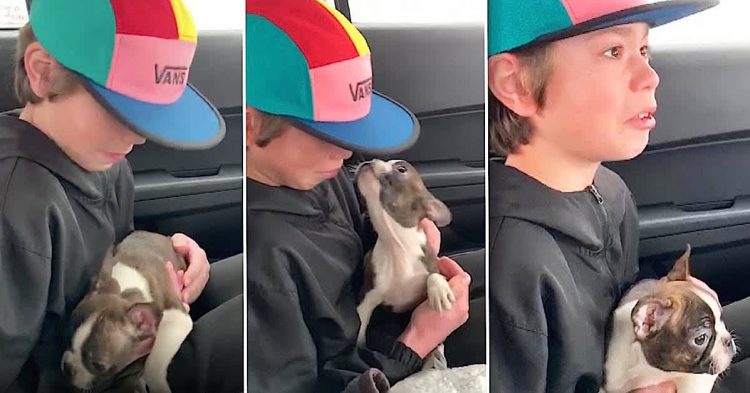 Logan Kavaluskis lived the good life in Hudsonville, Michigan, until he lost his father, Joe, after a long, nine-year battle with myeloma cancer. Although Logan understood that his father fought as hard as possible, cancer ultimately took his life. Joe always wanted to give Logan the best life possible but was allergic to dogs and therefore could not get the boy the puppy of his dreams – but he wasn’t going to let death stop him from bringing joy to Logan’s life.

Joe passed away from cancer in January 2020 after nine long years fighting the disease. Because he had always been allergic to dogs, he wanted to give his son a gift he could never have given him in life. Before Joe passed away, he planned a very big surprise for his beloved son. Because he knew it was a big challenge, he recruited his wife, Melanie, and other family members to help him make the plan work. 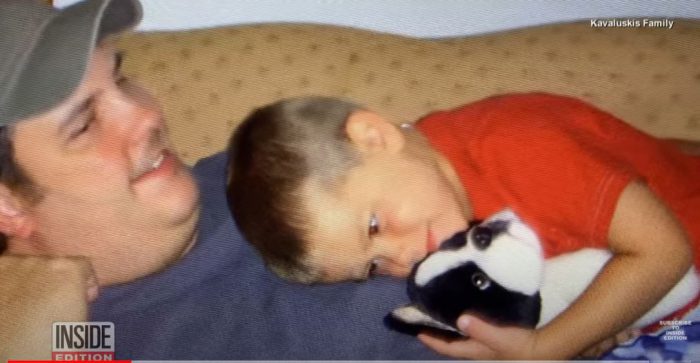 Although Joe was not able to have a dog when he was alive, he planned everything out so Logan would be able to have the dog of his dreams. When Joe died, his plan was put into motion. Melanie and other family members worked tirelessly to find the perfect dog for Logan and then surprise him with the gift of a puppy.

Video from that moment has gone viral all over the world. In the clip, Logan’s cousin, Jon, is seated in the front seat of the car. Jon turns around and hands an adorable Boston terrier puppy to Logan. However, Logan thinks they are bringing the puppy to its new owner. He doesn’t have a clue that he is really the dog’s new owner.

Eventually, Jon breaks down and shares the shockingly good news with Logan. He tells him that the puppy is his and then reveals another secret that brings tears to everyone’s eyes.

Logan does not know how to respond. His dad had always been unable to bring a dog into the house due to his extreme allergies. Now, after his death, Joe orchestrated a way to give Logan the pet of his dreams. Logan could not help but let the emotional resonance of the moment overtake him.

“Dad wanted you to have a puppy.”

Logan cannot hold back his tears as the truth of the situation hits him. He is overjoyed and emotional that his dad would get him a puppy after he passed away. It meant the world to Logan to know that his father was trying to give him a good life even after he had lost his battle with cancer.

Logan wanted a puppy since he was three-years-old. His dad managed to get him that dog after he passed away. The moment has touched the hearts of millions of people who watched the video report from Inside Edition, included below.

“He said, ‘Just promise that when I do pass, that you get Logan a puppy as soon as you can because I know that it will bring him a lot of comfort,’” Melanie told Inside Edition.