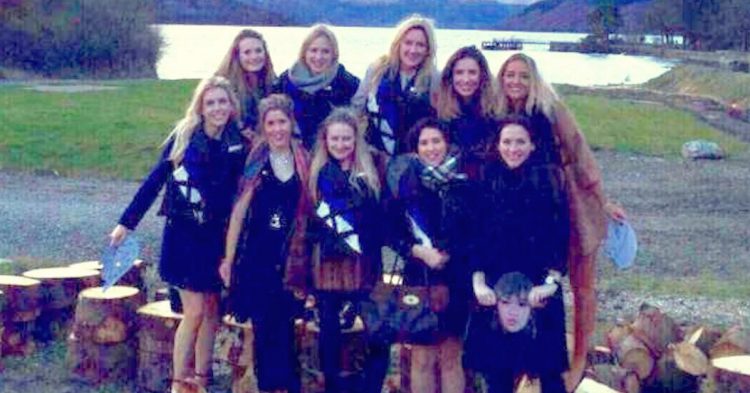 Not too long ago, ten girlfriends traveled to a remote estate in Scotland. They were going to a beautiful location with a lake to stay at the historic Coylet Inn. The Inn is not far from Loch Eck and has attracted tourists for decades. The ten women descended upon the remote location for one reason and one reason only – to party like there was no tomorrow to celebrate the bride during her bachelorette party weekend.

After a raunchy night, the group decided to pose in front of the lake to seize the photo opportunity. The inn was built along the shores of the lake back in 1650 – more than a century before the United States was founded or even declared its independence. The photos captured all the ladies with big smiles on their faces. But something else was also captured in the now-viral lakeside pictures. After the images were shared on Reddit in August 2017, people took notice of the ghost boy lurking in the background. 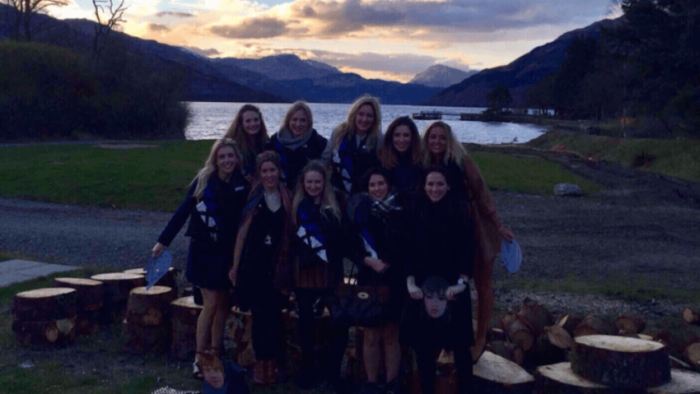 The photo series was taken in quick succession. None of the women had much time to think about what they were doing or look around to make sure everything was perfect. They just gathered together in a tight group and posed for the picture. The ghost boy noticed and approached their group.

Although the first image does not show the ghost boy, the second image (the one with the women raising their hands) features the little boy quite clearly in the bottom left corner. He is hiding behind one of the chopped logs used as seats. 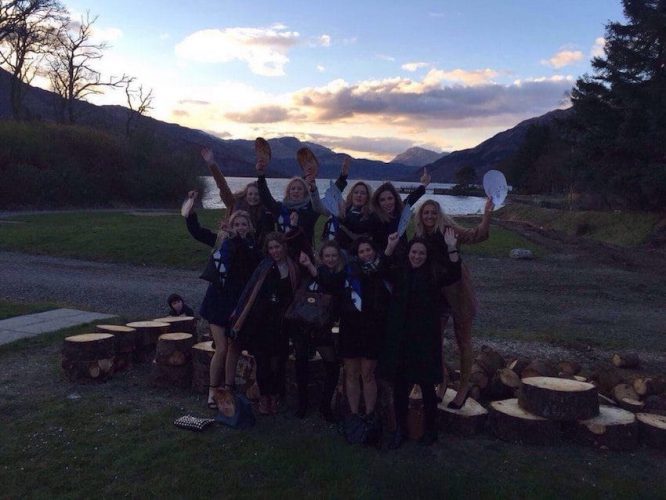 The women had no idea that a ghostly boy was in the background of their group shot. There had not been any other people around them when the photograph was snapped – and no children were anywhere near the lakeside inn during their bachelorette weekend.

At the time, the women shared the image on Twitter, and friends noticed the “ghost” boy. The women were so terrified, they ended the bachelorette trip early and went back to the safety of their homes.

But things took a more sinister turn when the girls looked up the history of Loch Eck. Legend has it that a four-year-old boy, who had a bad sleepwalking habit, walked out into Loch Eck one night centuries ago and drowned in the cool water. His corpse was found floating in the water the next day. He had turned cold from the blue and was therefore named “The Blue Boy.” 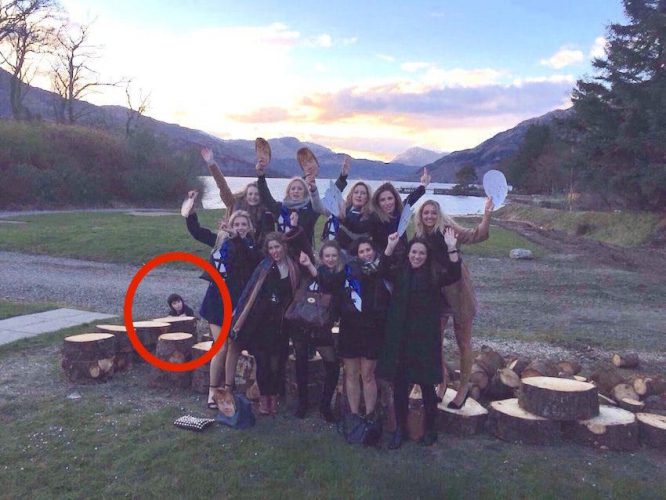 As reported in Scottish Ghosts by Dane Love, the boy still haunts the lake and inn as a ghost. Apparently, the boy is trying to find his mother, whom he lost when he drowned in the water all those years ago.

Throughout the decades, staff and visitors to the inn have reported paranormal sightings. They noticed shifting objects and wet footprints that lead to nowhere. The inn’s owner has received complaints about the ghost boy appearing in Room 4, where he and his mother had stayed, according to legend.

What do you think about the ghost sighting?