Apparently, This Doorbell Camera Filmed An Alien Abduction As It Happened 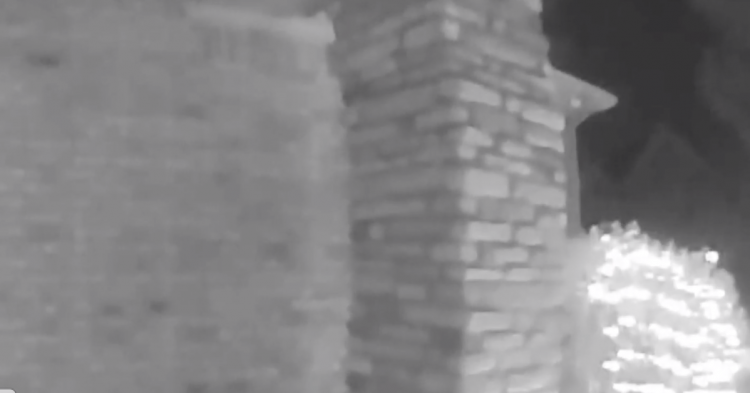 When a man stepped outside of his home, the doorbell camera caught something quite strange. As the man, who vows that “nothing” happened, walked away from the door, we can see him disappearing into the night. However, suddenly, a beam of light comes out of the sky and zaps the man away from sight in a blaze of glory – and that video footage has sparked the conversation that this man was abducted by aliens no matter how hard he tries to deny the claim.

The man who was apparently abducted by aliens is Larry Lewis. Although Lewis swears that no aliens brought him up to the mothership and conducted experiments and probes on his body, the doorbell video camera footage seems to point otherwise. If Larry Lewis was abducted, would he tell everyone about what happened? Or would the alien race swear him to secrecy about the probes and other invasive procedures they conducted on his human body as experiments to learn more about the human race and our potential to take over the universe?

The video footage really does appear like Larry Lewis was swept away by a beam of light and into the night sky. But the man himself denies that claim as though it were a pig flying.

The footage was captured on Larry Lewis’s Ring doorbell camera on December 26, 2019 – just a day after Christmas. The man was whisked away into the night sky.

When Lewis got on the phone with reporters to explain what happened on the cold December night, the Houston man made it very clear that if he was abducted by aliens, he was not gone for very long.

“I saw myself walking, and then I saw myself disappear,” he chuckled. “I made sure I got home for dinner.”

Although the reporters wanted to know as much as possible about his alleged alien abduction, Larry Lewis said, in good humor, “I can’t talk about it right now.”

Clearly, Lewis is making the most out of his run-in with the alien abduction. Although it was probably just a trick of the light and a malfunction by the Ring doorbell camera – sometimes it records video in a way that makes it look like people are being abducted by aliens (or does it?) – Lewis knows how to make a sensation out of it. Lewis has not claimed that he met with an alien race of was experimented on as legend will have it. He thinks the camera stopped recording when he stepped out of the frame, which is why it suddenly looked like he was beamed up in a ray of light. But that doesn’t completely explain what happened? At least not to me.

“I think it got caught up in the recording,” Lewis told Inside Edition.

Although Lewis thinks Ring just had a technical glitch, some conspiracy theorists are running with the other story – that Larry Lewis was abducted by aliens and sworn to secrecy.

Take a moment to watch the Ring doorbell video for yourself. Do you think aliens abducted him, or was it a technical glitch?