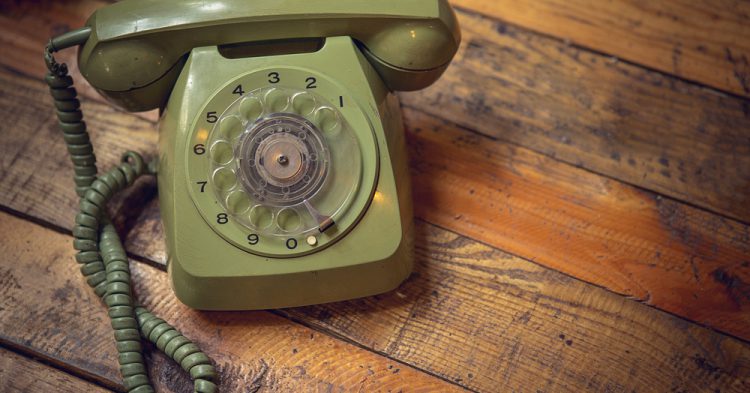 When a man called to complain to a telecom company for violating their agreement, the police in Japan arrested him. The 71-year-old man now faces a hard time placing 24,000 calls to the company over the last thirty months. He claims the company screwed him over, and he was calling to complain about the mistreatment, but now the company has contracted the power of the local police force to silence the man’s complaint by arresting him.

The elderly man, Akitoshi Okamoto, was arrested on the bogus charge of “fraudulent obstruction of business.” The Tokyo Metropolitan Police arrested the elderly man on November 26, 2019, and made sure to lock him up so he couldn’t place any more calls to the telecom company.

Police claim the old man called KDDI, the Japanese telecom company, to demand that they fix the issue, but he did not stop there. Over the years, his calls evolved to the level of an elaborate prank.

The elderly man called KDDI and demanded that the company and its staff apologize to him for breaking the terms of their agreement.

The police spokesman said, “He also repeatedly hung up the calls as soon as someone picked up. “

KDDI released a statement to CNN that said they’d received 24,000 calls from Okamoto since May 2017. In October 2019, the company filed a damage report to police because the elderly man increased the frequency of his calls. He would bother the customer service hotline so much that he “seriously interfered with its business.”

71-year-old Okamoto denies KDDI’s slanderous charges. He identifies as the victim, yet the rich company has thrown him in jail!

The entire incident started when Okamoto failed to be able to call in to a radio show that he loved. Because KDDI denied his call to go through, he felt they had violated the terms of their agreement. He decided to retaliate to their unfeeling corporation by calling them 24,000 times.

Japanese law gives businesses the power to stop people from harassing them. If those people prevent the normal course of business from occurring, they can be charged with fraudulent obstruction of business and face up to three years in prison. If Okamoto is convicted on the charge, it won’t be until he is in his mid-70s that he’ll be a free man. Japan might do well by going easy on the man who was sick and tired of being abused and thrown around by big companies as if he was not consequential.

Every time the old man picked up the phone to call KDDI, he wanted to speak to someone who could address his concerns. Instead of being heard, the company systemically ignored his complaint to the point that he had to keep calling again and again. If they had simply elevated his complaint to people higher in power within the company, he could have been heard and felt like he was a respected customer. They failed to do that most basic function, and now they’re trying to lock him up for calling their customer service center.